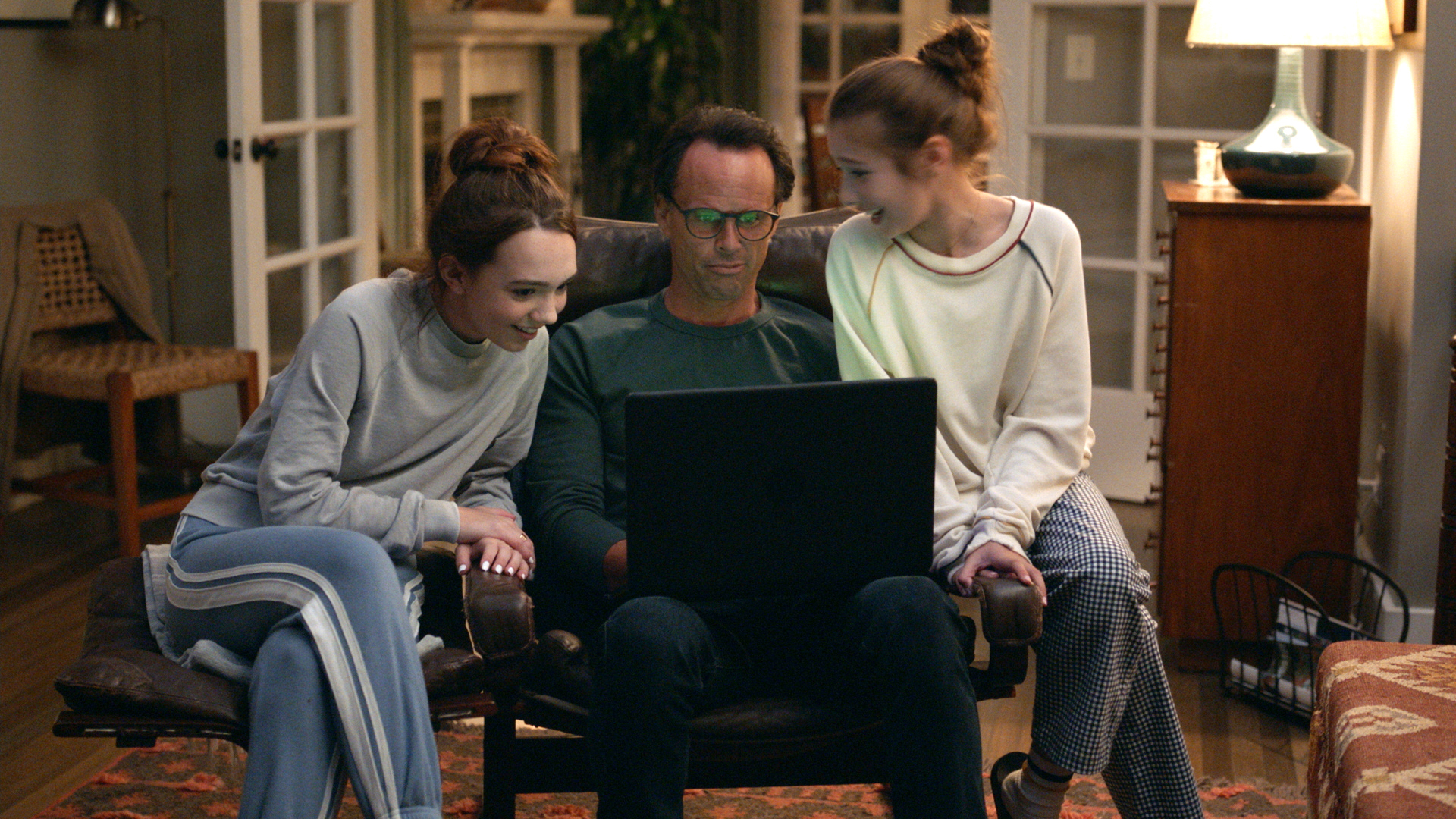 From Justified to The Unicorn, Walter Goggins is a charismatic guy. As one critic wrote, “Goggins makes a habit of being the best thing about the television shows he’s in.” In The Unicorn, Goggins and his TV daughters seem real, one year after suffering the loss of their wife and mother. So, what’s the hitch in the CBS series now available on Netflix? The supporting cast, two couples who are the dearest friends of the Felton family, are cardboard TV cutouts, mere caricatures of of true neighbors.

The premise of The Unicorn seems promising. Wade Felton still lives under the cloud of his wife’s untimely death. But, as a solid family man, handsome, owner of his own business, and celibate for the last year, he is the proverbial unicorn. That is to say, he is the “elusive creature women look for,” or “factory fresh,” or maybe “certified pre-owned.”

Still living off the frozen food leftover from his wife’s wake, Forrest and Delia, and Ben and Michelle worry about the mental health of Wade, Grace and Natalie. Reluctantly, Wade recognizes that changes must be made. What else to do but set up an on-line dating profile? Grace, age 14, supports her father’s decision, but is beginning to think about the opposite sex herself. Younger daughter, Natalie, doesn’t want to think about a “replacement” for her mother. So, how does the first date go? Seeing the white band of skin where Wade took his wedding ring off for the first time after 20 years, the female thinks he’s a cheating husband.

For the most part, Walter Goggins (Tomb Raider, Ant-Man and the Wasp) remains above the fray, strong but sensitive. But, since The Unicorn is a comedy, his Wade character becomes silly on a panic attack on an airplane. Or, as the lady tells him, “I misjudged you. You’re not a creep. You’re just a mess.” Daughters Makenzie Moss (Natalie) and Ruby Jay (Grace) are a delight, thankfully not being required to sink to the depths of adult foolishness. If only the same could be said for Rob Corddry, Michaela Watkins, Omar Miller, and Maya Lynne Robinson.

Of the 18 episodes (20 minutes each) of The Unicorn, I made it through seven. For those who enjoy it, CBS did renew a second season. One memorable phrase in the show is Natalie’s refusal to squeal on her older sister. Why? Because she would be called “Tattle-y Natalie.”

Rotten Tomatoes rates Variety as a positive review even though “Robert Schwartzman’s lightly amusing trifle plays like an updated version of a dinner theater staple.” The Movie Nation rates The Unicorn 2.5/4 as “some good scenes, funny performances and sparkling banter make this worthy of rom-com silver, if not quite rom-com gold.”