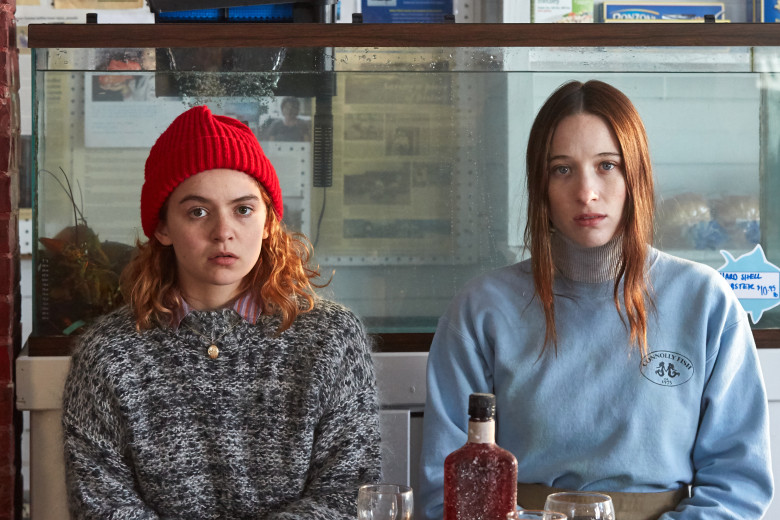 If The Best Little Whorehouse in Texas moved to Maine, operated by The Golden Girls, policed by The Andy Griffith Show, with undertones of The Godfather, one would have a mess. Meet Blow The Man Down on Amazon. In one of the least enjoyable flicks seen in 2020, I could have been blown over with a feather when I saw the 100% Rotten Tomatoes rating with a nascent 79% Audience score. Described as a “black comedy thriller” and “Coen-esque, ” I found little comedy and admit that the Coen Brothers are beyond my appreciation. Although totally out of place, the fishermen in Blow The Man Down can carry a tune. And, Maine never looked better. Beyond that, I give the movie 1.5 Gavels.

Mary Beth Connelly is trapped in Easter Cove, Maine. Over the last year, she stayed behind, caring for her ailing mother along with her sister, Priscilla. On the evening of their mother’s funeral, Mary Beth is attacked by Gorski, a local thug. Killing him in self-defense, the girls decide to throw the body into the sea. The next day, a body washes up on a reef just outside the town. Everyone has secrets in Easter Cove.

Morgan Saylor (Homeland) and Sophie Lowe (Once Upon A Time In Wonderland) are the “innocent” Mary Beth and Priscilla, “protected” by the Town’s Bed and Breakfast. Margo Martindale (Justified and The Americans) runs the shady B & B, with a little help from her friends June Squibb (Nebraska) and Annette O’Toole (48 Hrs. and Superman III). Nothing wrong with the acting here that a better script wouldn’t cure.

Blow The Man Down seems to stand for the proposition that women, being overlooked, can more easily escape consequences of crime. For some reason, critics appear to think this is some hitherto unknown plot. Regardless, since I doubt the premise, the conclusion of the film is both unsettling and unsatisfying. While the experts enjoy the exposure of “the rot underlying the seemingly placid exterior of small town America,” I wonder why now? The death of one of the co-conspirators doesn’t provide satisfactory impetus to cause the criminal enterprise to crumble. Now, all of a sudden, they get a conscience? This landlubber doesn’t fathom the flotsam entitled Blow The Man Down. Pass the grog, matey! Aargh! You’re gonna’ need it!