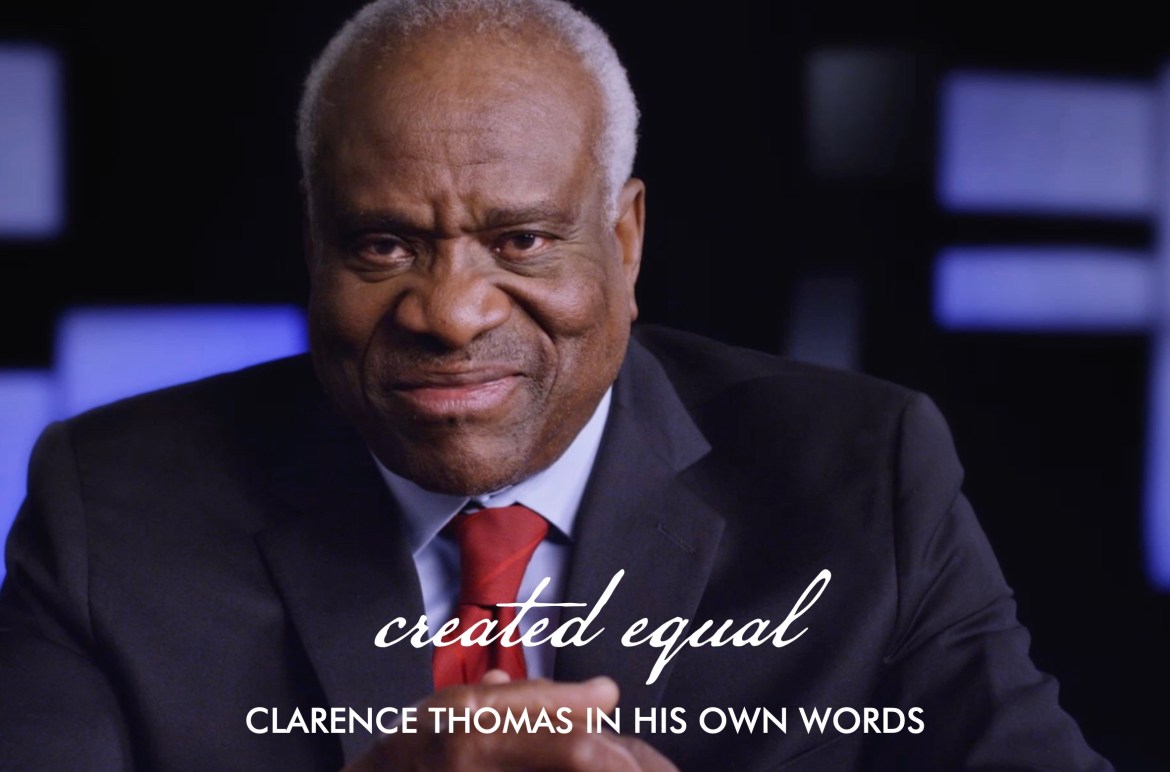 “Shocked that the critics loved RBG but Created Equal: Clarence Thomas In His Own Words, not so much,” says TMJ, tongue firmly in cheek. Rather than the hagiography that was RBG, this documentary is Justice Thomas, in his own words, with his own opinions, from birth to today. Most all we know of Thomas is the media-created image, largely formed by his confirmation hearings and its aftermath. Since the movie is all Thomas, his wife and TV clips, it suffers the lack of any support from outside sources. Yet, that also makes it so fascinating. Since he rarely speaks, these are two hours of a view into what makes him tick. His rise to Supreme Court Justice is a story the equal to that of RBG. I give Created Equal 3.5 gavels and it receives a 38% Rotten Tomatoes rating (only 16 critics) with a very early 99% Audience score.

Born into abject poverty in the deep South in 1948, Clarence Thomas’ grandparents took him in at age seven. Educated in a Catholic school, Thomas entered a seminary at age 16. Upset that the Church did little to denounce racism, he entered Holy Cross in Massachusetts. There, Thomas joined an activist black student group. After escaping a riotous episode at Harvard, he asks God to remove the anger from his soul. With very good grades, Thomas enters Yale law school. But, upon graduation, his only job offer is from a Republican Attorney General in Missouri. “That was difficult to accept” says Thomas but the rest is history.

Clarence Thomas, and his second wife, Virginia, are nearly the only non-TV clip voices. You will see Joe Biden and Anita Hill as part of the bitter confirmation hearings, but not outside those clips.

Heavily influenced by his grandfather, racism in the South and Boston, the ‘high-tech lynching,” and the “original” text of the Constitution, Thomas will not be an easy man to change his opinion. Created Equal is called a monologue for self-justification, the director a political hack by critics. Another says it was better that he remain silent. But, they miss the point. How else were we ever going to hear Thomas’ side of the story? Why does he rarely ask questions during oral argument? How did he learn of the Anita Hill allegations? How does he tolerate the vicious attacks from those who oppose him? Obviously, this is not a documentary for the masses, but historically, I found it quite enlightening.