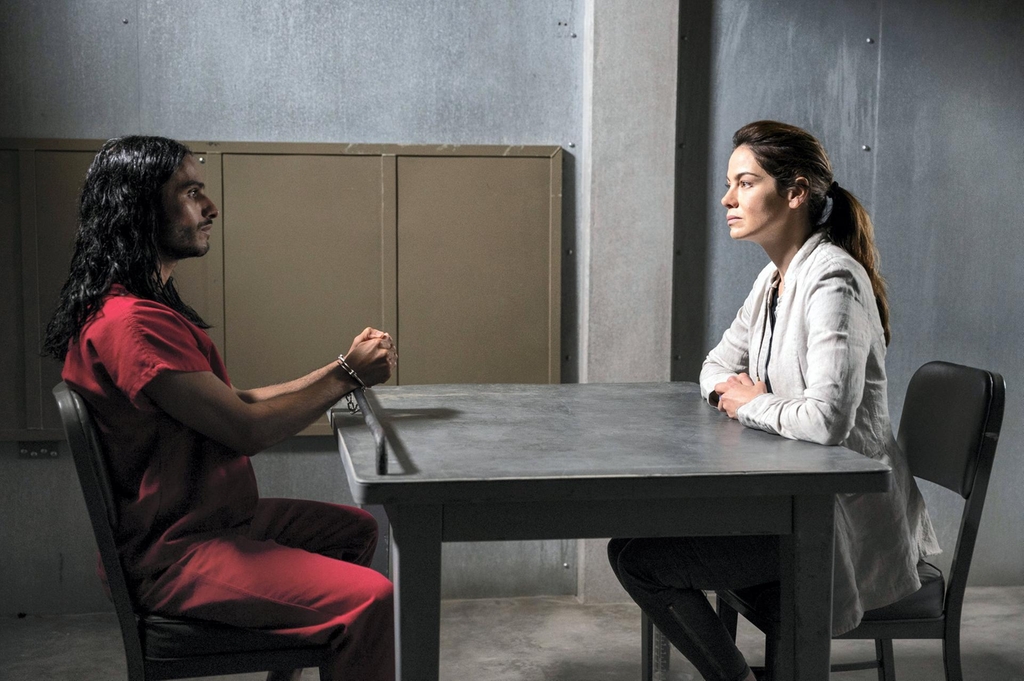 Controversy and a TV series named Messiah go hand-in-hand. The country of Jordan asked Netflix to ban the show. In reality, the idea of The Second Coming is genius, the presentation bound to offend many. A ten-part series, episodes one, eight, and nine are very good, the rest slow and filler. With too many loose ends, the concluding episode is unsatisfying. From Syria to Israel to Texas and Washington D.C., the program cuts a wide swath across some barren yet beautiful country. Al-Masih has the look of Messiah, but a past littered with contradictions. But, the world awaits his words. Inevitably, those in power have concerns. Is he a champion or a charlatan? I give Messiah 3 Gavels and it receives a 40% Rotten Tomatoes rating with an 89% Audience score.

Al-Masih predicts God will not allow Damascus to be taken by the Islamic State. The city is saved by an extended sandstorm and Al-Masih leads his followers to Israel. Stopped at the border, he is arrested. Surreptitiously released, he preaches at a mosque in Jerusalem interrupted by a police shooting. Al-Masih performs a second “miracle” saving a young child. Soon thereafter, he “saves” a young girl and a church at the Texas border from a tornado. Needless to say, he has everyone’s attention, including the CIA and FBI.

As CIA officer Eva Gellar, Michelle Monaghan is a Carrie Mathison-Homeland type character. A loner, driven to find the truth, Gellar defies her superiors. Mehdi Dehbi, recently seen in London Has Fallen, is straight out of central casting. Rarely speaking, except in answer to questions, his responses are usually ambiguous. John Ortiz (Bumblebee, Peppermint, A Dog’s Purpose) acts the part of the American preacher under Al-Masih’s spell.

Much of the Muslim concern relates to the name Al-Masih ad-Dajjal who is an evil figure in Islamic theology. The name translates to “the false messiah, liar, the deceiver.” The creator of Messiah expects each viewer to have a different experience. One can easily imagine some Christians and Jews to be equally upset by Al Masih’s proclamations. But, as we are reminded, this is just a TV show. A show that most critics think loses focus from time to time. That happens when a four-part idea expands to a ten-part series. Despite the lull, I plowed through the episodes determined to find out if Al-Masih was Messiah or just Messy. Let’s just say that the ending sets up Season 2, if there is one.