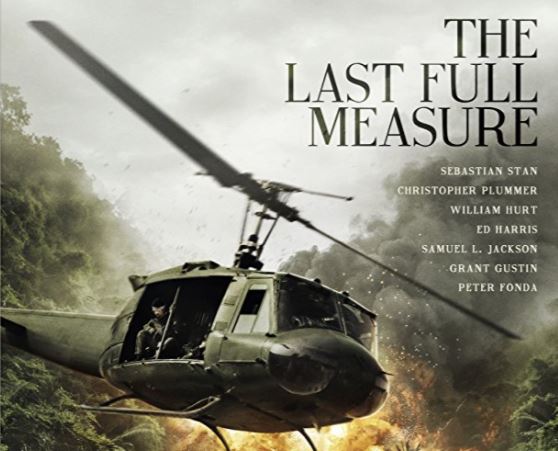 The Last Full Measure may be the most powerful, moving film that you will see this year. Many of us had the pleasure to know, and work with, Lebanon’s own Medal of Honor recipient, Gordon Roberts, an unassuming man if there ever was one. This story is about another who was born and raised just up the road in Piqua, Ohio. Initially awarded the Air Force Cross for heroism in saving 60 men, friends of William Hart Pitsenbarger fought for 32 years for him to receive the Medal of Honor.

America has long suffered the shame of not properly honoring our Vietnam veterans upon their return. History v Hollywood disputes the theory that a conspiracy initially denied Pitsenbarger the medal. Still, The Last Full Measure vividly explores the guilt, shame, and suffering endured by these brave men. I give this movie 4 Gavels and it receives a 62% Rotten Tomatoes rating with a 96% Audience score.

In 1966, Pitsenbarger, an Air Force pararescueman, volunteers to assist an Army unit in a firefight 35 miles east of Saigon. One of the rescued was the unit’s medic, and against advice, Pitsenbarger rappels to aid the injured. Posthumously recommended for the Medal of Honor, those who witnessed his bravery can’t understand the medal downgrade. A reluctant Pentagon staffer is ordered to investigate. What he finds changes the lives of a great many!

For an independent movie, The Last Full Measure has the cast of a blockbuster. William Hurt, Ed Harris, Samuel L. Jackson, and Peter Fonda, all play aging and “wounded” Vietnam vets. Add in Christopher Plummer and Diane Ladd as Pitsenbarger’s parents, and Bradley Whitford and Amy Madigan as other interested parties and you understand. Perhaps that is why Sebastian Stan, the star as the Pentagon staffer, is the weakest of the lot.

Instead of a highly unlikely conspiracy theory, I would much prefer more background on Pitsenbarger. The repeated flashbacks also do a disservice to the events of April 6, 1966. Yet, The Last Full Measure is only partially about a hero’s due recognition delayed; it is just as much about PTSD and brotherhood. Why do these souls talk only to their fellow soldiers? Why do so many withdraw from society? One can argue that the director tried to do too much in one film. Regardless, this is a fitting tribute to a man, and to all Vietnam vets. Only the hardcore will not be misty-eyed at this one.