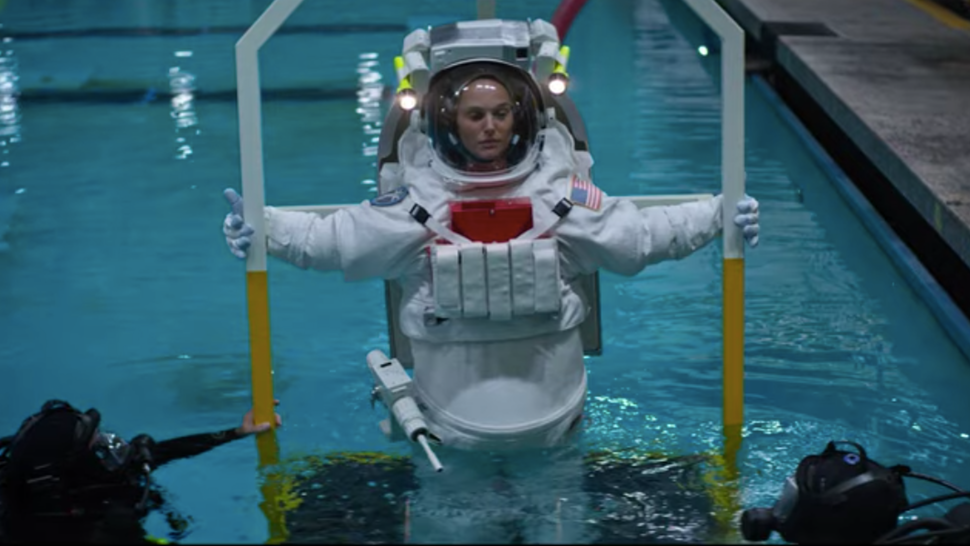 Dump month is over, so now we get Pump month, or at least Pumpkin month. The offerings are a tad better but November can’t get here soon enough!

Joker — Every Joker’s performance is measured up against that of Heath Ledger. The latest to put his mark on this dark character is Joaquin Phoenix. To prepare for the role, Phoenix “read a book about political assassinations so he could understand killers and motivations.” Made on a budget of just $55 million, it expects to make more than that in its opening weekend in the US alone. Early Rotten Tomatoes reviews stand at 87%. For those so inclined, this is an origin story.

Lucy In The Sky — Might extended time in space cause delusional behavior? Or, is it because your lover took up with another woman? Natalie Portman and Jon Hamm star in this film very loosely based on a real NASA relationship.

The Current War — Thomas Edison, George Westinghouse, and Nikola Tesla battle it out over who gets to illuminate the Chicago World’s Fair, and cities throughout the country. Edison favors direct current while Westinghouse backs alternating current. Starring Benedict Cumberbatch, Michael Shannon and Nicholas Hoult, this can’t lose flick lost all spark with an early 33% Rotten Tomatoes score. What a shock!

Gemini Man — Will Smith battles Will Smith in aging assassin versus cloned assassin. Originally pitched as a concept in 1997, the CGI just wasn’t ready. By now, this is becoming old hat. The trailer is just okay, so here’s hoping Ang Lee can give it some juice. Clive Owen and Mary Elizabeth Winstead co-star.

The Addams Family — Morticia, Lurch, the Thing, and Uncle Fester are brought back to the screen. From 1964 to 1968, to paraphrase a Cheers song, “Everybody knew their names.” My only regret is that this version is animated. Charlize Theron would be twice as macabre as Morticia with her own features. Still, lots of good memories here!

Maleficent: Mistress of Evil — In 2014, Maleficent earned Disney $785 million. With that slightly revised version successful at the box office, Angelina Jolie and Elle Fanning return joined by Michelle Pfeiffer. With Princess Aurora ready to marry her Prince Phillip, the Queen is not happy; ergo, Maleficent will bring darkness to all the lands.

Zombieland: Double Tap — Not quite the success of Maleficent, Zombieland earned $102 million in 2009. Notably, Woody Harrelson says this is the most fun he ever has making movies. As the original ended, the main characters figured out that without family, they may as well be zombies. Now, the four stars move from Hollywood to the American heartland where they meet more evolved Zombies. Jesse Eisenberg, Emma Stone and Abigail Breslin round out the quartet.

The Lighthouse — It a horror film–Strike One. It’s filmed in Black-and White–Strike Two. Critics like it–Yer Out! Two lighthouse keepers, Willem Dafoe and Robert Pattinson, are alone in a lighthouse. Feeling chills up your spine, yet? Me, neither.

The Great Alaskan Race — In 1925, diptheria is ravishing Nome. Railroads can only go so far as Nenana. During winter, twenty dog teams race 674 miles in 124 hours to get the serum to Nome. Brian Presley, Treat Williams and Henry Thomas star, but it is unlikely that they had to endure minus 60 to minus 80 degree temperatures, and 80 mile per hour winds, as did their characters. One dog, Balto, was so famous that a statue of his likeness is in NYC’s Central Park. For Ohioans, his body is on display at Cleveland’s Museum of Natural History. According to the History Channel, another dog, Togo, was even better.

Black and Blue — A rookie cop witnesses a murder by her partner and other cops. They want her body camera and are willing to kill to get it. Even the gang members want her dead. Where can she turn for help? Naomie Harris and Tyrese Gibson head up the cast.