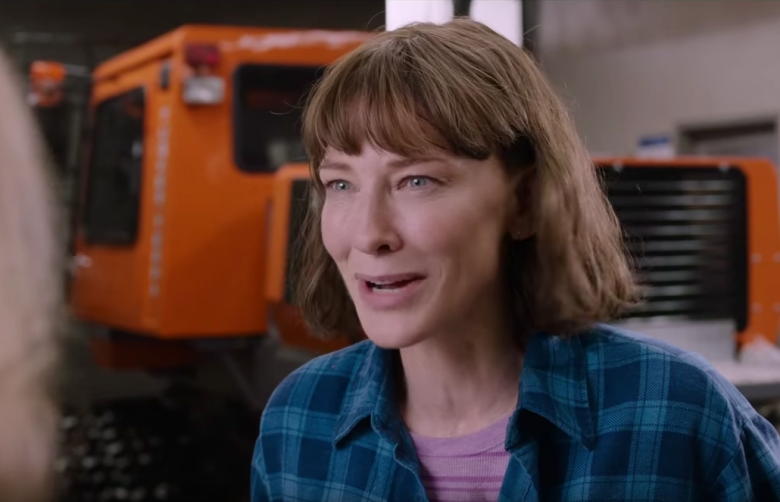 Where’d You Go, Bernadette? At AMC, they banish Bernadette to the far reaches of the theater, never a promising sign for an enjoyable moviegoing experience.

Where’d You Go, Bernadette? Surely, the book isn’t this bad! It’s a bestseller!

Where’d You Go, Bernadette? But for the last five minutes you won’t care. Her daughter, Bee, cares and is the sole saving grace of the film. Since it’s Emma Nelson‘s first major movie, perhaps she didn’t know the others were sleepwalking.

Where’d You Go, Bernadette gets 1.5 Gavels, 44% on the Tomatometer, and an uninspired 78% Audience score.

Twenty years ago, Bernadette was an award-winning architect. After an upsetting professional experience, four miscarriages, and a move to Seattle, she dislikes people as much as they dislike her. In a moment of weakness, she promises Bee a trip to Antarctica if she gets all A’s. To her horror, it is now time to pay up. Bernadette can’t stand the thought of being that close to others on a boat. Her behavior becomes more and more erratic. During a psychiatric “intervention,” she escapes. As the title suggests, Where’d You Go, Bernadette?

It’s not Cate Blanchett‘s fault that Bernadette is such a miserable character; her part is written that way. Billy Crudup is miscast as her husband, he of little compassion. Kristen Wiig is an aggrieved neighbor, and Judy Greer is the doctor, both underwhelming. Laurence Fishburne makes a brief, forgettable appearance.

As shown below, the film does have some nice Antarctic scenery, except it doesn’t look as cold as one might expect. The theme seems to be all geniuses are a little strange. Or maybe, if geniuses stop creating they’ll go crazy! Whatever the case, Bernadette drives everybody else crazy ( except her daughter), which isn’t the greatest hook for a movie. While some find Bernadette quirky, methinks she closer to mean and narcissistic. Clearly, some books don’t translate well to the big screen. And, some directors can’t translate. Whatever the case, Bernadette is lost, not to be found in theaters anywhere.