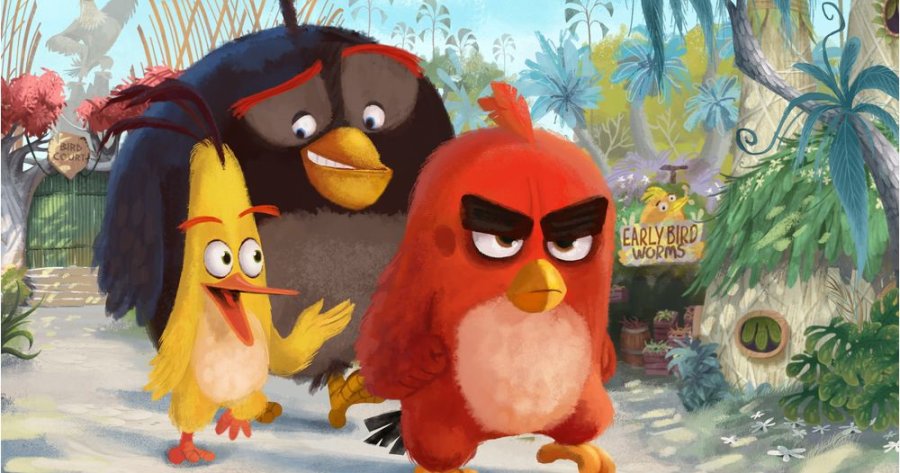 Angry? Yes! Angry Birds? Heavens, no! Actually, they are very engaging. I’m angry at myself for not seeing Angry Birds 1 if it was half as good as Angry Birds 2. Not into video games, the thought of birds fighting pigs just left me cold. Yet, these birds and pigs learn to work together to fight a common enemy. Perhaps, we can learn something from these characters. Colorful animation, a breakdance battle, witty dialogue. and a frenetic pace will leave you smiling from ear to ear. You might even be tempted to buy the soundtrack. I give this movie 4 gavels and it receives a 72% Rotten Tomatoes rating with soaring 86% Audience score.

Piggy Island and Bird Island continue nuisance attacks on each other. All that changes when both receive ice ball attacks from Eagle Island. Zeta, Eagle leader, is tired of living on a frozen island. She wants the warm climate of her neighbors. Leonard, the Pig leader convinces Red, now the Bird hero, that they must work together to defeat the menace. Will Red play well with others? And why does Silver, top female engineering student get under his feathers?

Red is voiced by Jason Sudeikis, a perfect combination of insecurity, loneliness and bravado. Rachel Bloom is Silver, confident in her abilities, yet with the patience to allow Red to notice. The voice star of the film is Leslie Jones as Zeta. Hell hath no fury like a scorned eagle! She is terrific.

Prior to Angry Birds 2, you will see an amusing short, Hair Love, about an African-American father trying to do his daughter’s hair for the first time. Fathers will empathize. Within the main movie, the Hatchlings, have their own adventure, eventually joining up with piglets to help Red, Silver, and Leonard. Most critics agree that this sequel is better than the original. Still, it’s going to be a climb to earn more than its predecessor’s $352 million. Angry Birds 1 opened in May, not in the Death Valley of August. In any case, here’s to a movie that you and your kids can enjoy. It’s definitely not for the birds.