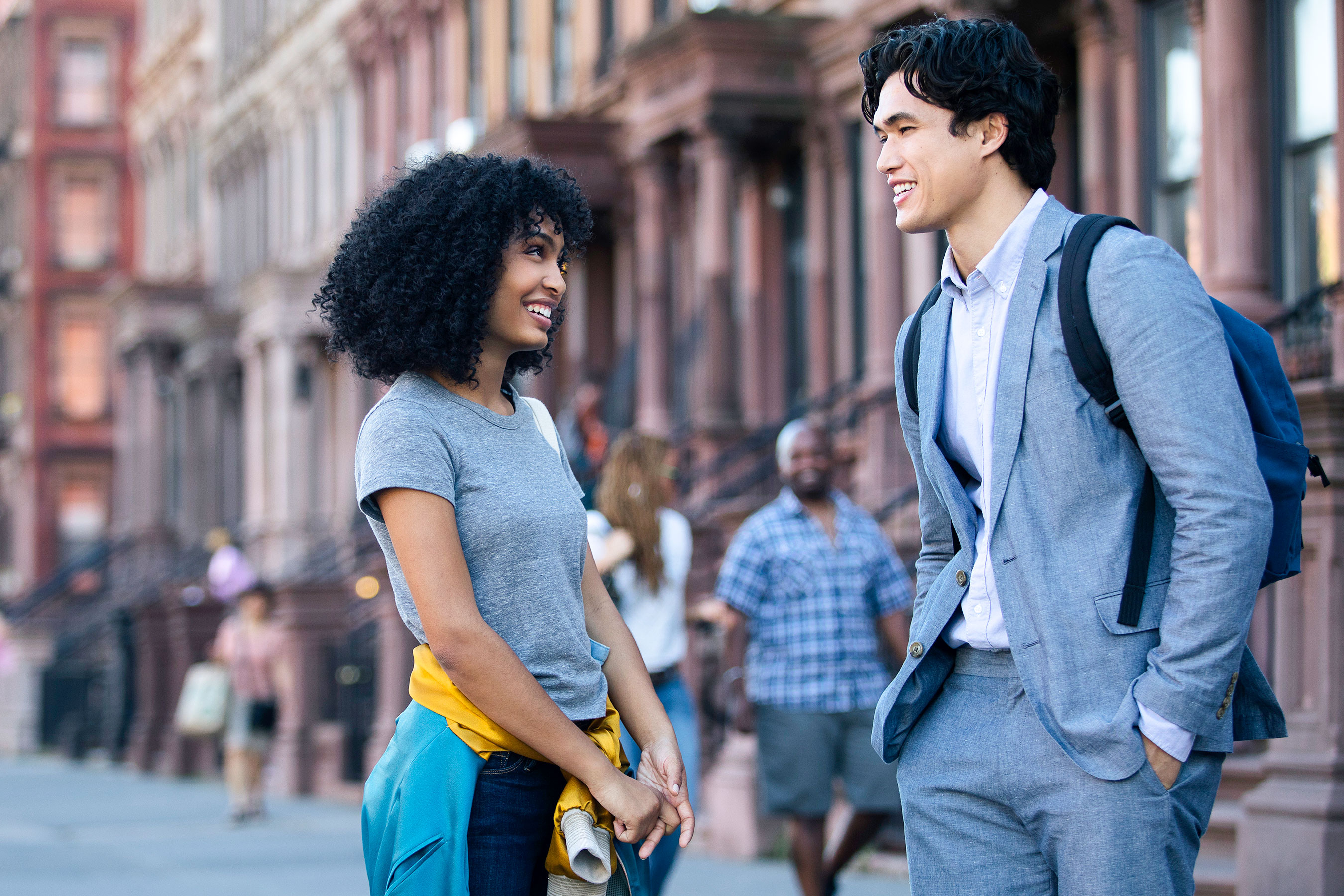 Expecting a love story between a young man and a young woman, surprisingly, The Sun Is Also A Star is really a love story between a director and New York City. Essentially, the plot is pretty weak, but rarely is NYC filmed so beautifully. The viewer sees some familiar sights, but much the tourist never visits. The Jamaican teen with immigration problems takes us on a journey with a Korean teen with parent/career problems. Will the scientist play well with the poet? There are too many stereotypes and cliches in this flick, yet there is a reason that the “I Love NY” t-shirts sell like hotcakes. I give this movie 3 Gavels and it receives a 51% Rotten Tomatoes rating with a mediocre 48% Audience score.

Natasha’s attempts to stay in NYC after nine years fails. In a daze, she is nearly run over until saved by Daniel. He is certain that it is fate. She believes in hormones, not love. On their final day together, coincidence after coincidence keeps them together despite all odds. Then, she receives a flicker of hope that her destiny is in NYC. Love stories are never that easy!

Trading on her fame from Blackish, Yara Shahidi stars as Natasha. Notably, she is from Minneapolis, with no Jamaican blood to be found in her background. The camera likes her but her performance, I thought, uneven. Currently seen in Riverdale, Charles Melton plays Daniel. He will next be seen in Bad Boys For Life with Will Smith and Martin Lawrence. John Leguizamo has a small role as an immigration lawyer.

For those who like this genre (read: Mrs TMJ), this will be a pleasant jaunt through courtship, however brief. Made at a cost of $9 million, it expects to earn $3 million this weekend. Most likely, lovebirds are enjoying the nice weather and are too busy to go to the theater for this one. Note that Disney does love stories better than anyone and Aladdin opens this week. Of course, Aladdin gets nowhere close to the greatest city in the world. Likewise, The Sun Is Also A Star gets nowhere close to being the greatest love story of all time.