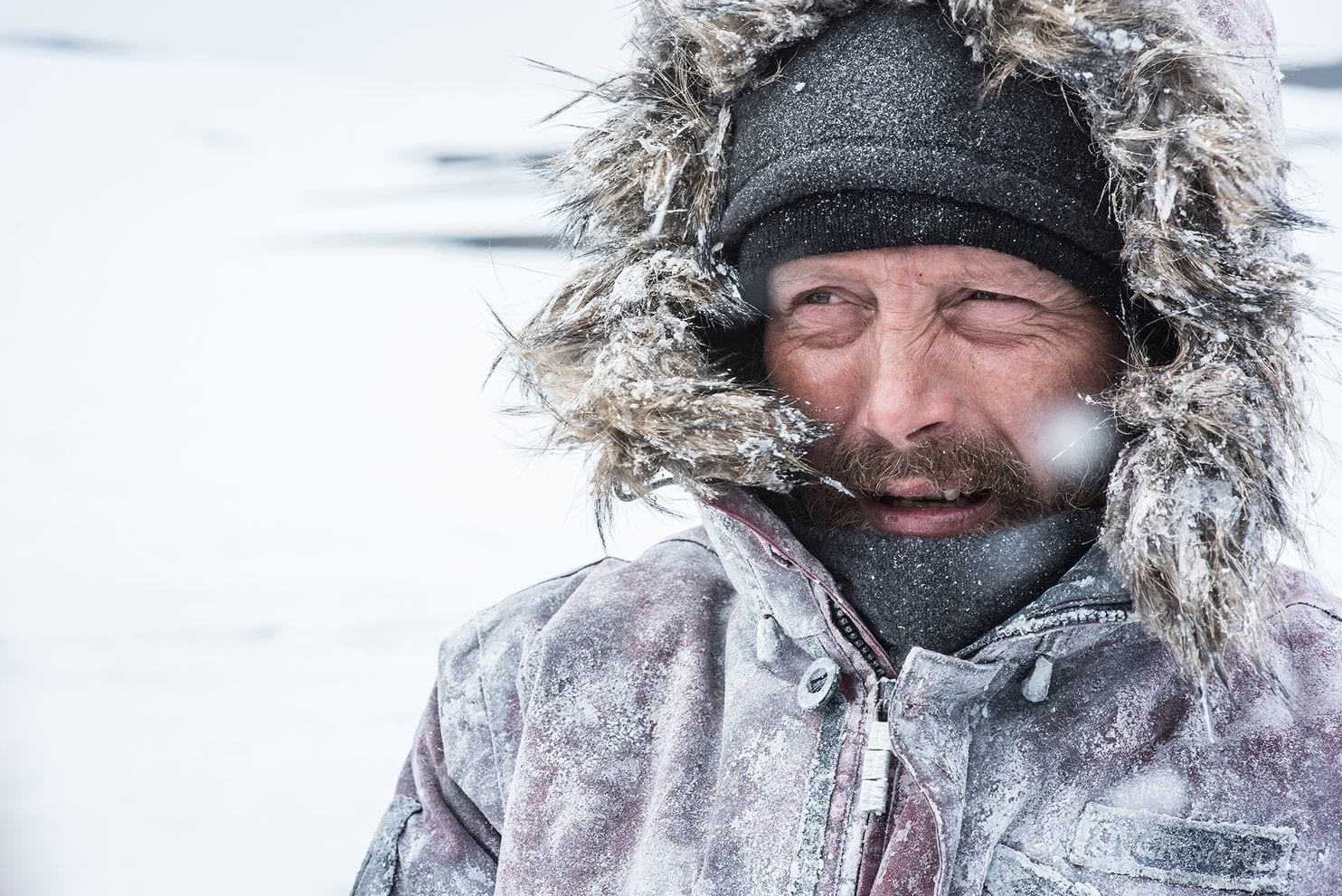 Given a choice between horrid (Greta) and horrible (A Madea Family Funeral), I took the path to the Arctic. Remember when movies used to have a beginning, a middle, and an ending? This one only has a middle. This is movie-making just to make a movie. As a survival film with little dialogue, it’s not bad. You have the usual bear trying to eat you, and the fall that injures you. Not much new here. I give the movie 2.5 Gavels and it has an 89% Rotten Tomatoes rating with an 87% Audience score.

Somewhere in the Arctic, Overgard survives a plane crash. The fuselage is intact and he has a distress beacon. A rescue helicopter crashes and the sole survivor is an unconscious, badly injured, female. Overgard scavenges what he can, taking her back to his plane. He realizes that he must get her to a permanent camp but it is several days trek away. Securing her to a sled, the arduous trip begins.

Mads Mikkelsen and the female are the only two actors in Arctic. Deservedly, Mads is receiving critical praise for his (almost) one-man performance. The conditions are brutal and the exhaustion and desperation are apparent on his face. It’s just a shame that his will to survive doesn’t have some “based on a true story” significance.

Where did Overgard begin his journey? Where was he going? What happened to his plane? Who were his attempted rescuers? Who is the female? One critic says “it has a ending that leaves you with a discussion.” I don’t want a discussion; I want an ending! Because of our familiarity with this type movie, it seems unbearably (pun intended) slow at times. Another critic calls this a “minimalist account.” With that, I agree. It minimally held my interest. Bottom line–Just another OK day at the theater, nothing special.