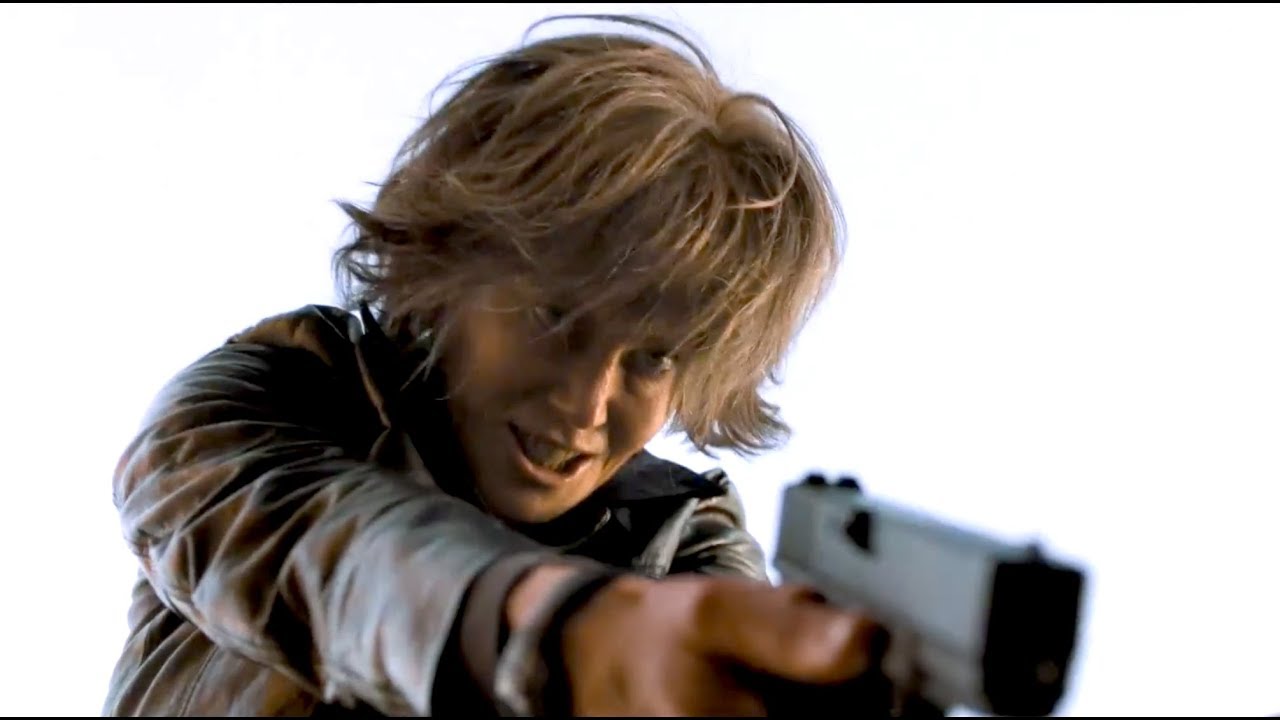 “Nicole Kidman as you’ve never seen her before,” screams the headlines!  I might suggest you will be glad.  The make-up is marvelous; her acting is too Joanna-one-note and the sequencing of the story is too convoluted.  This is a gritty, ugly film about a choice gone so terribly wrong that it destroys your life and those around you.  It’s not exactly a movie for Valentine’s Day.  I give Destroyer 2 Gavels and it garners a 72% Rotten Tomatoes rating and a less flattering 57% Audience score.

Erin Bell is placed undercover with an FBI agent, Chris, into a California gang.  They are unable to prevent two people killed in a bank robbery.  Erin blames herself when the leader appears sixteen years later.  Via flashbacks, the viewers slowly discover what happened then, and her determination to make things right now.

Nicole Kidman is Detective Bell.  Some critics love her performance; others, like me, find it a stretch.  Scoot McNairy (Halt and Catch Fire) appears as her ex-husband in a limited role.  The same can be said of Bradley Whitford (West Wing) as the slimy gang lawyer.  In reality, no one else has much of a part.  We are too busy watching Kidman beat herself up and/or get beat up.

This baby was made on a budget of $9 million and it looks like it.  I think the writers got only $9.00.   It’s really hard to follow and probably why I had to drive to the Esquire to see it.  To focus on the destruction of the family, Detective Bell tries to parent her 15 year old daughter.   The daughter is dating a 24 year old who is slimier than the aforesaid lawyer.  Given that Bell is a detective with nothing to lose, the resolution of that relationship is farcical.   Don’t let this one be a destroyer of your time.  It takes more to make a movie than to make Kidman “look” bad.