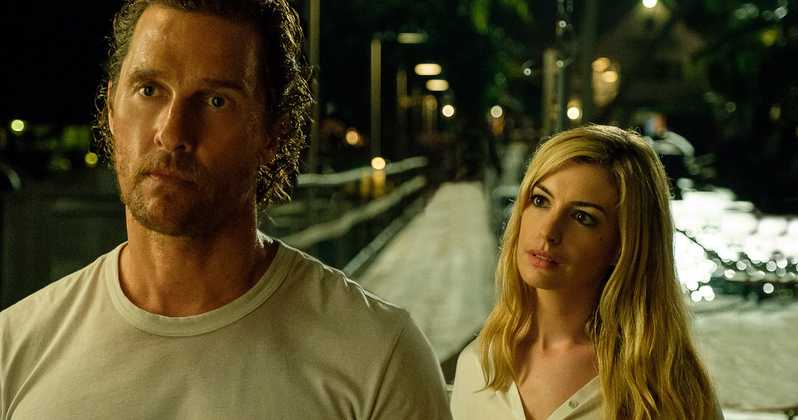 It’s a Monday night and the AMC app will not guarantee Serenity will be still showing on Wednesday, a mere six days after opening. So it’s now or never for this turkey, i.e., tuna. I can’t wait to see how five big stars get relegated to January, a 20% Rotten Tomatoes score, and a really, really bad 30% Audience rating. And the verdict is . . . 1.5 Gavels. The critics are right, this movie should be re-named Stupidity! Do not waste any money on this one!

Baker Dill is a fisherman with a Moby Dick-like obsession with a tuna he names Justice. His lack of social graces has him on the verge of bankruptcy when his ex- wife appears asking for help. Karen claims the rich, second husband abuses her and their son, and divorce is not an option. She will pay Baker $10,000,000 cash if he will feed the man to the sharks. A game will be played, but who is going to win? And, just what is this game?

Matthew McConaughey is Baker Dill in one of the worst performances of his career. To top it off, Anne Hathaway will be nominated for Worst Actress of 2019 for her femme fatale acting as Karen, the ex-wife. Jason Clarke is sufficiently hateful as the abusive husband, but even he goes overboard, in more ways than one. Diane Lane would make a much better Karen than Hathaway. Her screen time here as Baker’s girlfriend is about equal to the screen time of McConaughey’s bare bottom. Seriously. Djimon Hounsou, as Baker’s friend and conscience, is the only one who deserves to be paid.

This is yet another example of a writer/director trying to be cute. The plot twist involving the son makes little sense. Speaking of worsts, this is the worst opening ever for both McConaughey and Hathaway. Produced by Global Road Entertainment, one can see why it is now in Chapter 11. The critics comment are brutal. On most bad movies, I tell you to wait for Netflix. In this case, avoid it, even on Netflix!