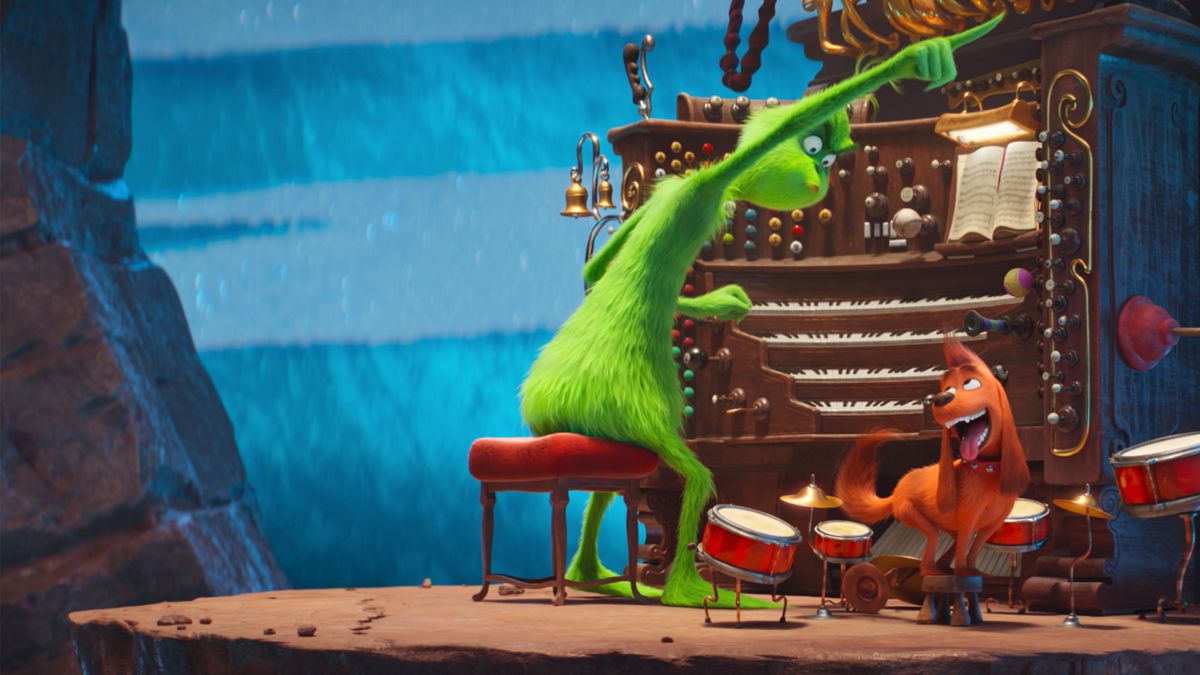 Who can resist Cindy Lou Who from Whoville?  Certainly not an older gentleman fortunate to sit beside two children five and under.  And, they weren’t even my grandkids!  I certainly don’t proclaim to be a Movie Mom, but these two giggled and were engaged throughout the movie.  Granted, the boy did cover his eyes during early visits with the Grinch.  This is a cute, creative, and colorful update on the story.  Does it add a whole lot?  No, but I liked it better.  Max, the faithful canine, and Fred, the reindeer who needs a diet, are adoptable.  I give this movie 4 Gavels and it receives a 56% Rotten Tomatoes rating but an 80% Audience approval.

The mayor of Whoville decrees that Christmas shall be 3 times bigger this year.  Brickelbaum, who believes he is the Grinch’ best friend, is delighted.  The Grinch frets so much about the upcoming holiday that he gorges on his food supply.  To his great dismay, he must travel to Whoville on December 20th to re-stock.  The next four days, the Grinch plots to spoil Christmas for the Who.  Meantime, Cindy Lou plots to capture Santa.  The worlds will collide!

Benedict Cumberbatch is the voice of the Grinch, a non-threatening voice at that.  Rashida Jones is the voice of Donna Lou Who, mother of Cindy Lou.  The most recognizable voice is that of Kenan Thompson of SNL.  His persona of Brickelbaum as nuisance to Grinch is a highlight.  Appropriately, Pharrell Williams, singer of the annoying-can’t-get-it-out-of-your-head “Happy,” is the narrator.

Whoville turns out to be a technologically advanced little village.  You will gaze in wonder at all the gadgets.  If this movie makes its expected $55-65 million this weekend, it will “avalanche” the competition.  The dialogue, and the music, consist of the familiar combined with the new.   Older teens may not get too excited about this version, but it is a very good start to the Christmas season for the young and the old.  Like most good movies for children, there is plenty to interest the older folk.  Bottom line-I can’t wait to see it again next Christmas.  Grab some kids and enjoy the Season.