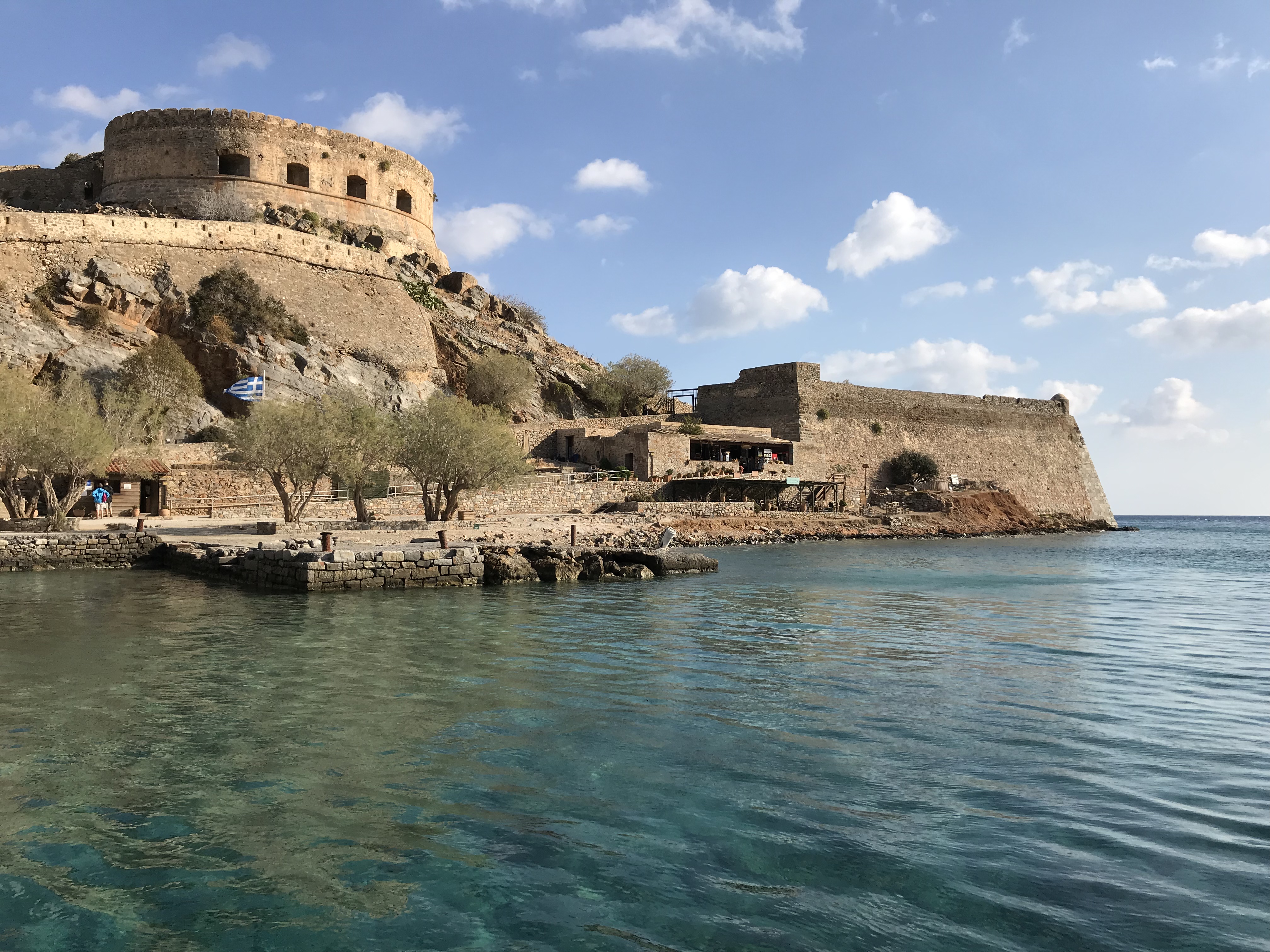 The second most visited site in Crete, after Knossos, is a former leper colony.  That requires some explanation.  The Venetians built a fortress here on their way to the East.  Even though the Turks held the land just a short distance away, this island remained unconquered.

Later, the Venetians gave the island to the Turks in exchange for safety.  The Turks killed some and enslaved the rest.

Finally the island was turned over to the Greeks.  The remaining Turks wouldn’t leave so President Venizelos turned it into a leper colony.  The Turks left. 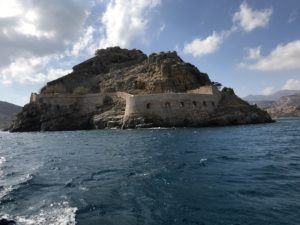 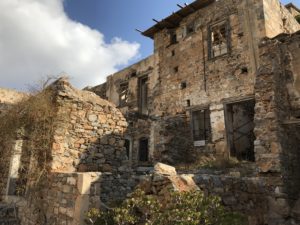 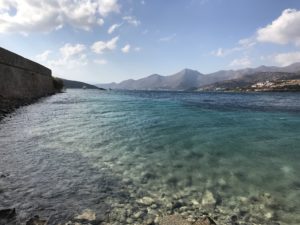 To get to Spinalonga, you start at Elounda. 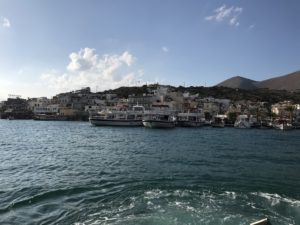 And you end your day at Agios Nikolaos.  Here the goddess Athena once bathed.  Today, neither gods nor goddesses were bathing. 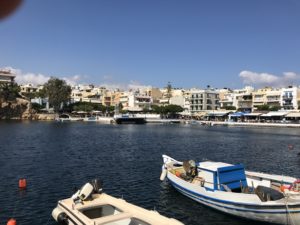 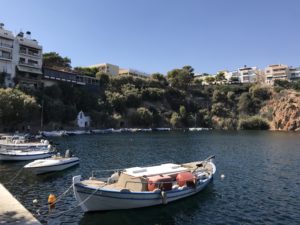