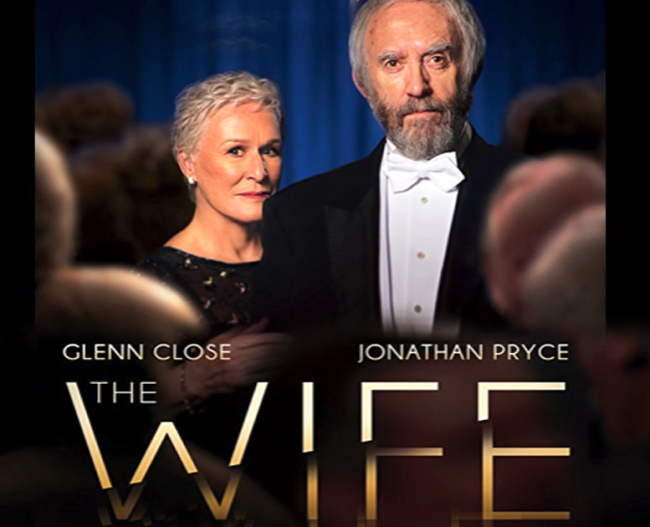 Is this a case of an indie movie in search of a distributor?  The Wife premieres at The Toronto Film Festival in September 2017, the critics call Glenn Close’s acting a “tour-de-force,” but doesn’t open in the States until one year later.  Similar to Big Eyes and soon-to-be seen Collette, this is a story of regret, and theft.  Yet another female is certain that she will not be taken seriously as an artist, and “allows” her husband to take credit for her work.  Joan Castleman simmers quite effectively at the time surrounding the award of the Nobel Prize for Literature to her husband.  But, it fails to show the build-up of her resentment.   That substantially undercuts the message, especially given the ending.  I give the movie 3 Gavels and and it possesses an 84% Rotten Tomatoes rating.

Professor Joe Castleman receives word from Stockholm that the Nobel prize is his.  Husband and wife are so happy that they literally jump on their bed.  Dysfunction appears slowly as Joe begrudgingly acknowledges the writings of his son.  Next, a “sleazy” reporter interrupts their trip to Sweden with questions that indicate uncovered secrets.  As with any marriage, success comes with sacrifices.  Joe and Joan have lots of success, secrets and sacrifices.

Glenn Close collects awards as some might collect stamps, and deservedly so.  She boils beneath the surface so delightfully that critics are intoxicated.  Jonathan Pryce is nearly as good as the pompous author.  The love-hate relationship plays well between these two.  The surprise is Christian Slater as the reporter who tries all sorts of devious questions to weasel out the truth.  You will take an intense, instant dislike to his character. 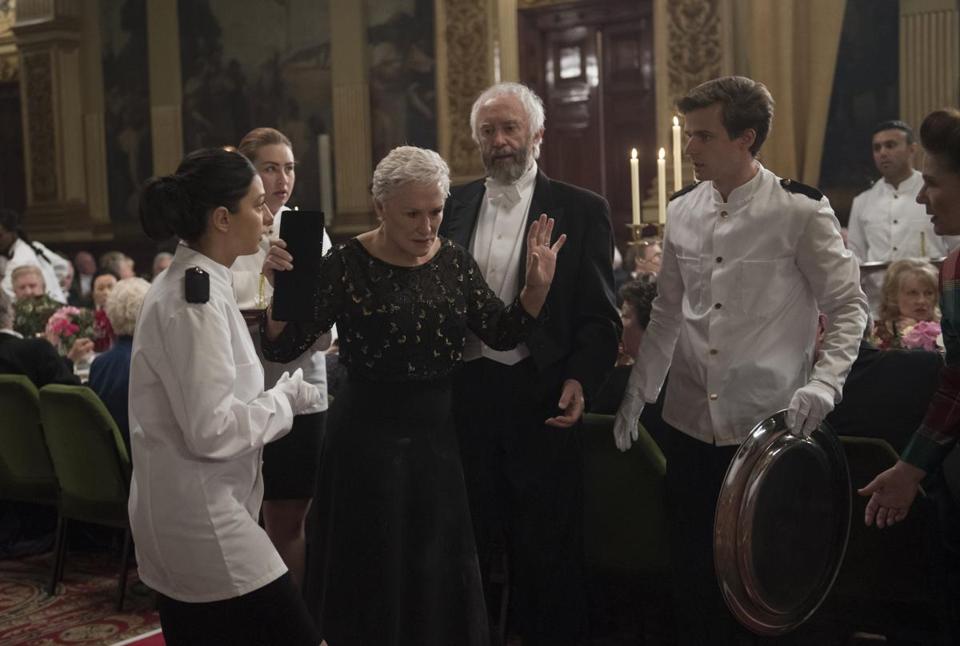 Despite six nominations for an Oscar, Glenn Close has yet find one on her mantel.  Even if she is eligible (it is a 2017 movie), this is not a vehicle that will receive many eyes.  While the director tries to provide backstory by moving back and forth in time, he still leaves too many unanswered questions.  Even at 100 minutes, the movie bogs down.  The flirting with a Swedish photographer seems contrived.  The opening sex scene is painful.  The only reason to watch this movie is the performance of Close, but even that is a close question.  You should be able to find better fare than this, perhaps in Collette.