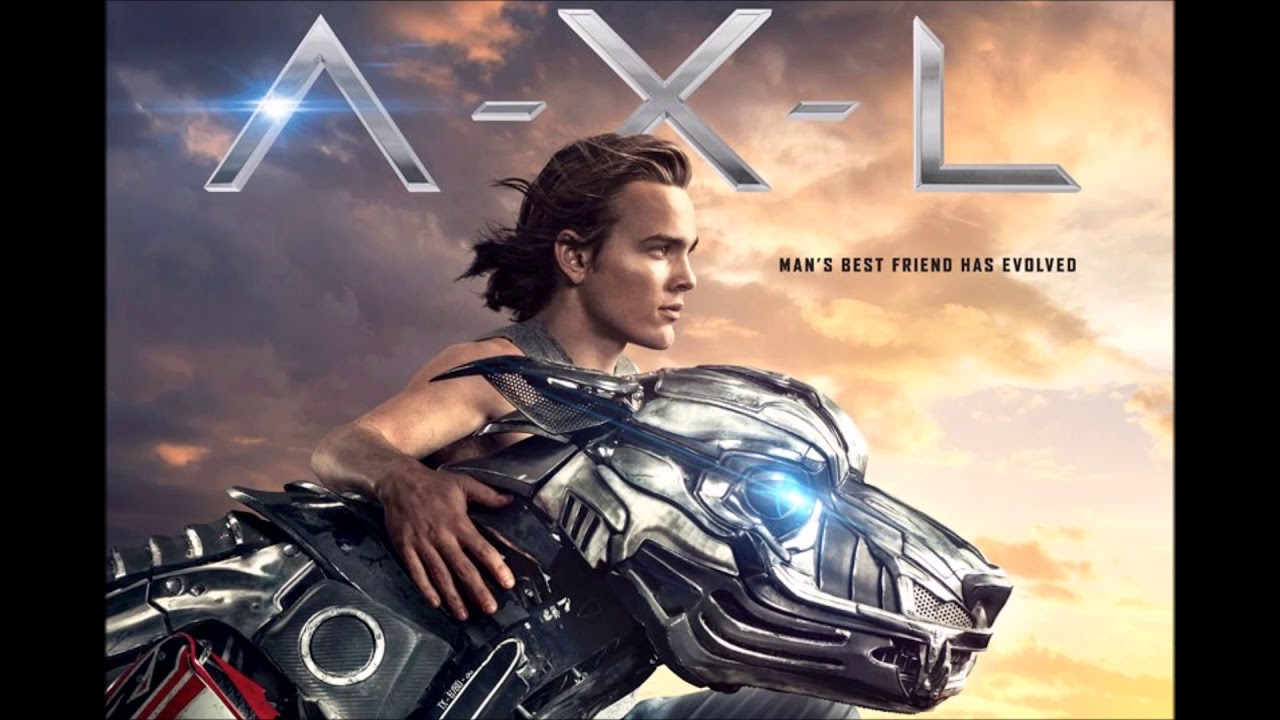 Decidedly mediocre with lower than expected production values and even poorer dialogue, A.X.L is disappointing.  This is yet another boy meets dog, boy meets girl, dog meets girl, weapon-maker bad story.  Besides no Rotten Tomatoes scores yet, a search of the internet about this movie yields very little.  It is like this movie must be kept super-secret to avoid disclosure of this super-secret weapon.   And, for a government weapon, this dog certainly seems to have lots of vulnerabilities.   A.X.L. is for Kids and Family, but rated PG.  Some of the snarls are likely too disturbing for young children.  Parents might not appreciate the partying going on for impressionable teens.  Some of the depicted activity clearly should not be copied.  Notwithstanding the problems of the flick, I still give it 3 Gavels.

Miles says the only thing he is good at is dirt-bike races.  His rich, spoiled rival is Sam.  Sara sees a kindred spirit in Miles and provides him a much-needed chain.  After a defeat at the hands of Miles, Sam pranks Miles and leaves him in the wilds.  There, Miles meets the escaped A.X.L. which stands for Attack-Exploration-Logistics.  Befriending A.X.L. is a leap of faith, but soon the our hero and dog are jumping around all sorts of obstacles.  Of course, the evil scientist and the government want their super-secret “toy” back  at all costs.   Sara arrives just in time to provide her expertise and a love interest.

Alex Neustaedter and Becky G are Miles and Sara.  Both are good-looking and talented but with not much of a script.   Here’s to giving them another chance.   Alex MacNicoll is Sam, but just doesn’t have quite what it takes to be bad guy.  Dominic Rains is the evil scientist.  Other than being an actor of Iranian extraction (so I guess we were supposed to get worked up that he was Middle Eastern?), he wasn’t much of a bad guy either.

A.X.L. is only expected to make $5 million this weekend.  If you want to see it, you better get to the theaters quickly.  I advise to wait for Netflix or the like.  It is only marginally better than what you will find on TV.    The original concept of this movie is  a short film funded by a Kickstarter campaign.  Perhaps this version is financed by GoFundMe?  I jest.   As you can see by the picture above, this dog has some serious fangs.  If only the director had given the film some teeth.   Still, it is a better bet than Happytime Murders.   This appears to be a lost weekend for movies.