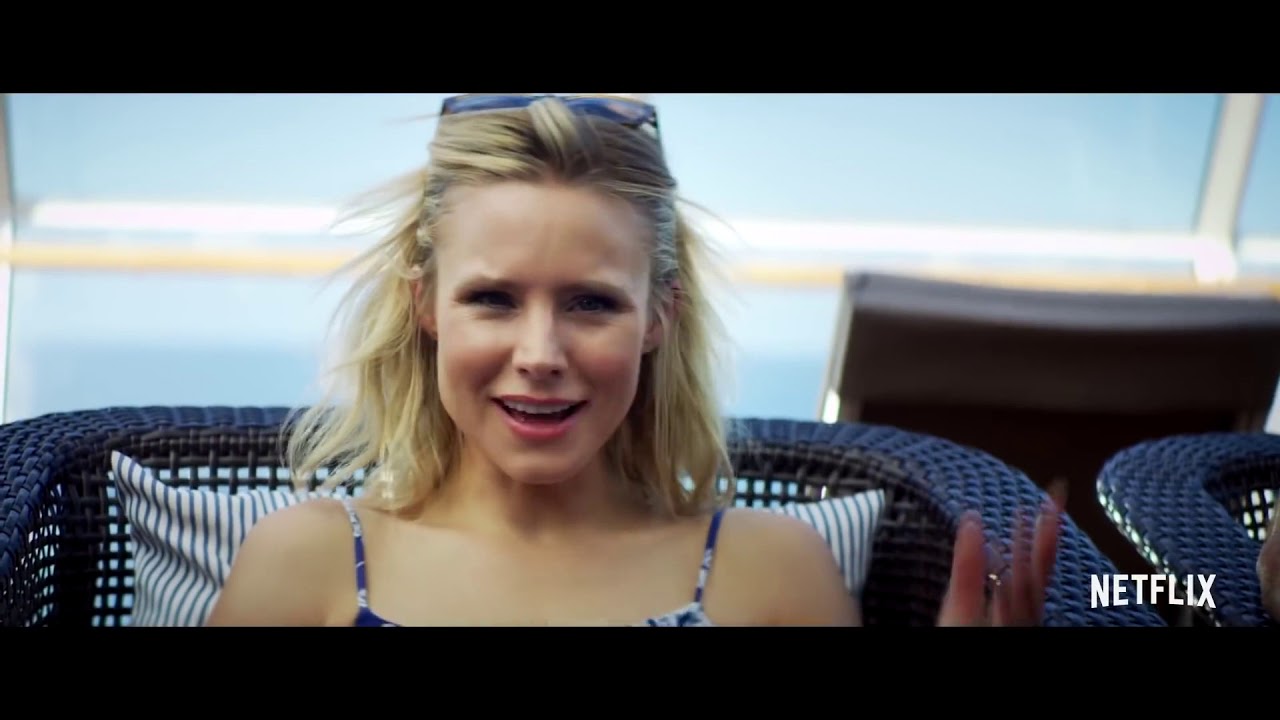 Like Father is more of a 98 minute commercial for Royal Caribbean than a comedy.  If you have never been on a cruise ship, here is your vehicle, so to speak.  I anticipated that this might be one of Netflix’ new rom-coms, especially given that Seth Rogen was a co-star and Kristen Bell was left at the altar.  Written by Seth’s wife, it also isn’t romantic.  But, at least it explains his limited appearance.  Except for the karaoke, the movie does have some nice music.  Of course, one might argue that the music was needed due to a lack of meaningful dialogue.  I rate it 3 Gavels and it has a 46% Rotten Tomatoes rating.

Rachel is an advertising executive who is attached to her cell phone.  Despite promising a “no cell phone” wedding, it drops out of her bouquet during the vows.  Her fiancee walks away.   Rachel’s father, Harry, shows up uninvited to the wedding.  She has not heard from him since she was five.  Reluctantly, Rachel agrees to have a drink with him.  They have quite a few and end up in her honeymoon suite on a cruise ship.   Naturally, and awkwardly, others assume they are a couple.  Both have lots of issues, but is a honeymoon cruise the place to work them out?

Kristen Bell is Rachel.  You have seen her in type of role before.  She is competent, but the part certainly doesn’t stretch her abilities as an actress.  Likewise, the same may be said of Kelsey Grammer as Harry.  It’s good to see him again, but give him a character that he can sink his teeth into.  He just glides here.  Seth Rogen is a mere distraction, completely underutilized.  As you might imagine, there are a number of quirky characters on the ship.  Most notably, Paul W. Downs gives some comic relief as a gay therapist.  The rest are pretty forgettable. The very best part of this movie is the opening song by The Supremes (Come See About Me-1964).   I suppose from Netflix’ perspective, this is suitable fare when it needs one hundred, two hundred, whatever, movies per year.  Not all are going to be Academy Award quality.  Having said that, this is only a step above Lifetime quality.  Maybe that is enough.  Still, this movie disappoints.  With an audience score of 54%, I’d say lots of people agree with me.  On the other hand, maybe you will be in the half that likes it.  On a hot summer night, you could do worse than this little diversion.  Just don’t expect too much.