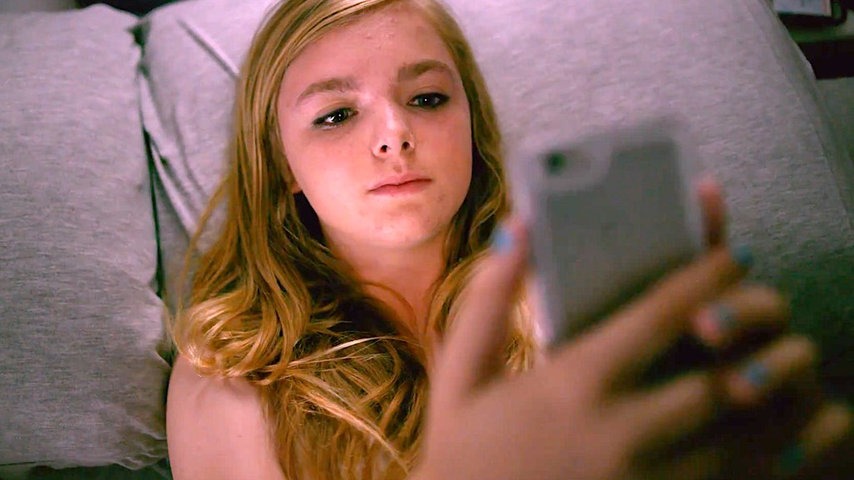 Shouldn’t a movie entitled Eighth Grade be able to be seen by eighth graders, especially when the critics proclaim how realistic it is?  Because of an extended scene about oral sex (Rated R), those kids will only be able to see it with their parents.  That will be as awkward as surviving the eighth grade with acne, cliques, hormones, lack of confidence and the like.   Given lots of social media interaction by a moody young girl, I found much of the movie to be rather boring.  A lack of social skills by eighth graders is more cringeworthy than interesting.  I give the movie 3 Gavels and it has a 98% Rotten Tomatoes rating.

Karla has one more week to survive the eighth grade.  Her father, Mark, like most parents, is a constant source of embarrassment.  He urges her to go to a birthday pool party.  Of course, the birthday girl despises Karla.  On social media, Karla gives advice on how to deal with growing up.  Yet, she is unable to yield any results from her own counsel.  Her mentor on a trip to her new high school is Olivia, a senior.  Olivia invites her to hang out at the mall and Karla is determined to re-invent herself.   How will she fit in with the older crowd?

Elsie Fisher is absolutely fantastic as Karla.  In my opinion, it is only her acting that gives any credence to the Rotten Tomatoes rating.  Most parents will relate as they recall difficulties communicating with teenagers.  Even though you know she is a good kid, at times you will want to appropriately “correct” her behavior.  Josh Hamilton, as Mark, is also quite good.   Once again, you know he is well-meaning, but sometimes he comes off as creepy.  The rest of the actors are kids who are wonderfully snobbish, snarky, embarrassing, and weird on cue.

One star-studded night on Johnny Carson, only a few minutes remain for comedian George Gobel.  Proving that the best is often saved for last, he brings down the house saying, “Did you ever feel like the world is a tuxedo and you are a pair of brown shoes?”   Clearly, Karla feels like the brown shoes of the eighth grade.   In conclusion, parts of the movie appear faithful to life in junior high.  Yet, I found her lack of a best friend unlikely.  While shy at school, she is quite intelligent and talkative once you get to know her.  Generally, these characteristics will find you a friend somewhere along the line.  Finally, parents should do their homework before rushing out to see this movie with their junior high students.    Moreover, great acting does not always make for a “fun” flick.