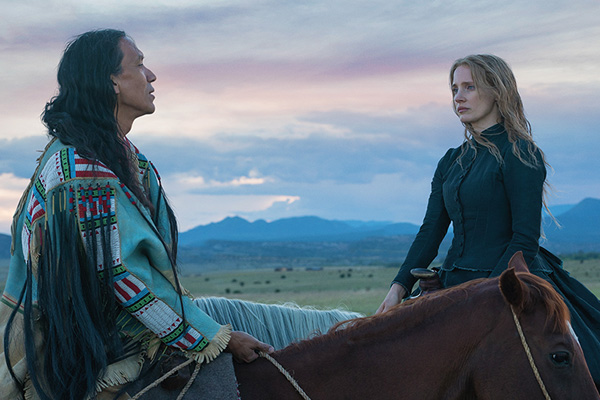 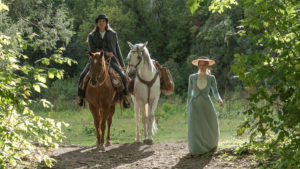 If only.  If only I could find the movie.  The movie premiered in 2017.  If only any of the major theaters would give it a chance.  Based on a true story starring Jessica Chastain and Sitting Bull in the Wild West, it has to be better than Tag or some of the other nonsense on their screens.  I finally found it for $7.48 rental on Amazon.  If only they had told the story as it was without the Hollywood fakery.  We do not know enough about Government-Indian relations during this time period, but even with our ignorance, much of this hard to swallow.  Give us the facts, please.

In 1889, Catherine Weldon, childless (not true) and widowed (not true), was a portrait artist and an admirer of artwork about the Indian.  Naively (not true), she decides to travel to a reservation to paint Sitting Bull.  She is warned about being an agitator from the East and the settlers take an immediate dislike to her, Little Bighorn still fresh on their minds.  With a bribe of $1000, Sitting Bull agrees to the painting, and the money is used to buy food and supplies to get his people to vote against The Allotment Act which would have taken much of the land granted to them in prior treaties.

Jessica Chastain as Catherine Weldon is always a treat to watch.  The movie hints of a flirtatious relationship between Weldon and Sitting Bull, highly unlikely since she had a child, he had two wives, and both were much older than portrayed in the movie.  She did become his secretary and interpreter, not shown in the movie.  Michael Greyeyes, as Sitting Bull, was even better than Chastain.  In the movie, Weldon is seen to be giving him backbone, again highly unlikely for the Chief of the Lakota nation.  Sam Rockwell as Colonel Groves is sufficiently sleazy yet conflicted as the US representative for the treaty.  Bill Camp as General Cook sees no reason to be conflicted; the Indian must submit or be killed.  Ciaran Hinds as James McLaughlin, the agent for the reservation, is married to an Indian but must enforce an ever harsh government allocation of food.

The movie takes us to the massacre at Wounded Knee.  The believable parts of the movie are fascinating, the scenery worth a trip to the Dakotas (sorry, it was shot in New Mexico).  At times, the hatred between the white man and the Indian is palpable, as both cannot forget the atrocities committed by the other.  Neither will ever fully trust the other.  You will learn about The Ghost Dance, which the real-life Weldon warned Sitting Bull about.  This is an important piece of history and Weldon was incredibly brave to be a major player in it.  If only Hollywood hadn’t overplayed its hand, this film could have been worthy of the major theaters.  One must be careful when they bend the facts; a story worth telling gets heard by no one.