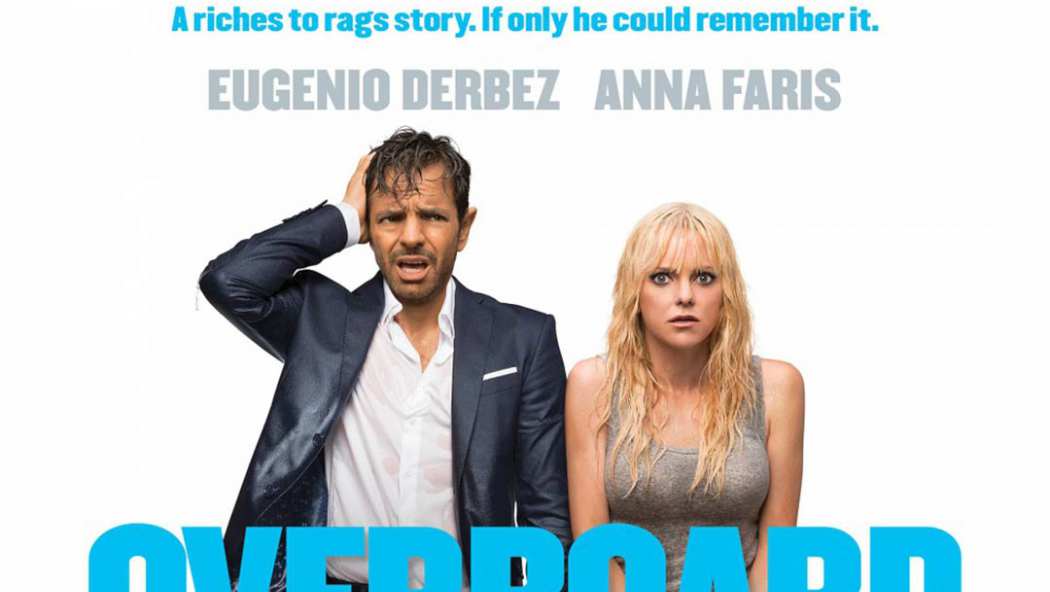 I’m with the audience.  This is not a great movie, but it has a big heart.  After a slow start, it hits its stride as this mismatched pair become a couple and a family.  Although I rate it lower than Tully, it was more fun than Tully, a much better date movie.  Having not seen the original with Goldie Hawn and Kurt Russell, I read the plot and was aware that the roles were shifted.  Instead of a rich, snobbish woman and a blue-collar guy, we now have the rich, snobbish man and overworked mom.  Add in a bunch of funny Latinos and a telenova, and I had a good time.

Kate has already flunked her nursing exam once and has one month to study.  Her Mom bails out as her babysitter to “pursue her dream.”  Working two jobs, Kate is at her wit’s end.  To make it worse, she is hired to clean the carpets on Leonardo’s yacht, but they get into a spat and he throws her overboard.  Later, he gets drunk and falls off the boat, finding himself on the beach with no memory.  Kate recognizes his picture and is determined to get payment for her work by pretending to be his wife.  She gets Leo a job and lets him do the housework while she studies.  It is not long before the kids decide they want to “keep him.”  But, as the doctor said, his memory could return at any time.

Ana Faris is Kate and  much better here than when she plays the blonde bimbo (see, rather don’t see, House Bunny).  The star of this movie is Eugenio Derbez as Leonardo.  He is a star in Mexico and one can see why.  At times, his character seems stereotypical, but no less comical.  John Hannah has a small, but watchable, part as Leonardo’s “servant.”  Likewise for Eva Longoria as Kate’s best friend, Theresa.  It would have been even more fun if they had figured out a way to get those two on the screen at the same time.  Peyton Lepinski, Hannah Nordberg, and Alyvia Alyn Lind play Kate’s three daughters.  You will want to adopt all three by the end of the movie.

One has to acknowledge a big plot problem in the movie.  The playboy son of the third richest man in the world would be followed around by paparazzi.  The likelihood that he would not be recognized, even as a pool builder, is less than slim.  In this case, just roll with it.  Are the bicycle scenes with the youngest daughter cheap forms of emotional manipulation?  Absolutely.  Did the original need to be re-made?  Probably not.  Will this movie make the Cinema Hall of Fame?  No.  Once in a while, a movie hits a sweet spot.  It took awhile, but this one finally got mine.  And, unlike Tully, it has a good ending!