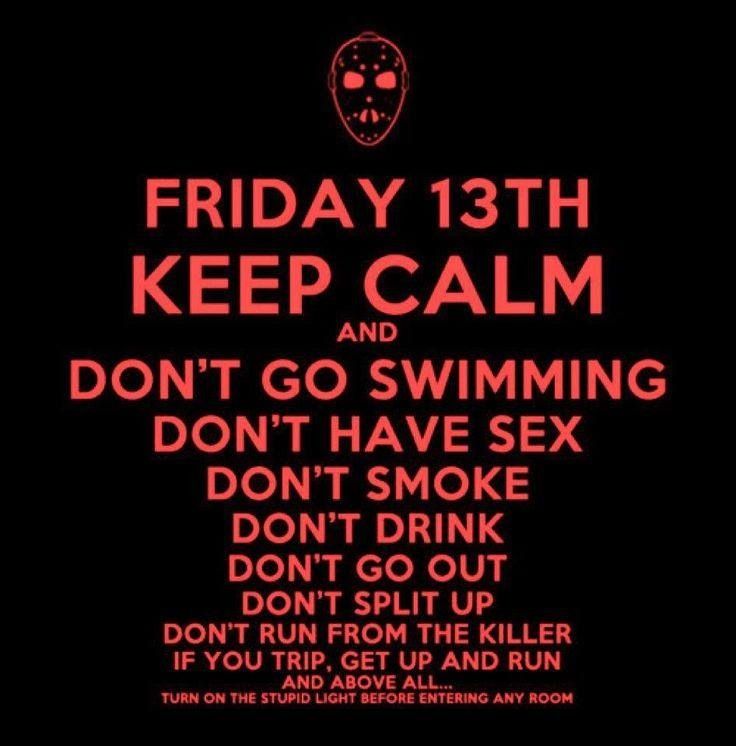 Have you seen a Friday the 13th movie?  It is a franchise that consists of 12 slasher films.  Jason’s hockey mask is recognizable even to those of us who don’t go to these movies.  The films have grossed over $464 million starting in 1980.  The 13th movie was scheduled for 10/13/17, but unluckily, it was cancelled.  As for me, the Geico commercial spoofing these flicks is as close as I will ever get.

One of the better murder mystery movies in 1985 was Jagged Edge.  Jeff Bridges was charged with the murder of his wife, defended by Glenn Close, prosecuted by Peter Coyote, with Robert Loggia nominated for an Oscar as a private investigator.  It appears it is likely to be remade with Halle Berry in the starring role.  Even though I know whodunit, this is a movie I might like to see the second time.

The Torture Report.  The name is certainly eye-catching, if somewhat foreboding.  Writer Scott Burns tried to get HBO on board with this topic, but it didn’t happen.  Now, Annette Bening, Adam Driver, and Jon Hamm are lined up to star in a post-911 drama about extreme interrogation by the CIA.  My guess is that the government will not be cooperating with this one. There is a joke going around that Nicholas Cage thinks he is perfect for every movie ever made.  Reportedly, he thinks he would be perfect as the next “Joker.”  Given the above picture, I might agree.
He is such a Superman fan that he named his son Kal-El.  In any case, Nick wants to be an evil character, maybe Dr. Doom.  But, if Jared Leto and Joaquin Phoenix tire of The Joker role, we know who is available.

You learn something new every day.  I admit I like Star Wars and Star Trek, picking one over the other would be like picking a favorite child.  But, I am not such a fan that I knew that Chewbacca had a Wookiee-wife.  I didn’t know there was a Star Wars Expanded Universe created in 1978 which introduced Malla.  The latest trailer from Solo: A Star Wars Story indicates we will see more of Chewie and Malla.  Ron Howard always likes a good love story.

This for that.  Cliff Pozner worked for Fox for 22 years, finally as an executive vice-president.  In the wake of the Roger Ailes mess, he was fired.  Pozner sued for breach of contract and religious discrimination.  Fox counterclaims by saying his contract required him to abide by its policies which prohibited sexual harassment.  Without repeating the allegations made against Pozner, let’s just say they would make your grandmother blush.  Pozner tried to dismiss this counterclaim by alleging that he had no input in the creation of the policies.  The trial court disagreed .  Now the sordid details will become even more widespread.  Whatever was going on at Fox, and elsewhere?

Red must be our favorite color.  Red Sparrow, Red Joan, Red Notice, now I am reporting on Red Sonja.  Apparently you saw her in 1985 as Brigette Nielsen with Arnold Schwarzenegger as Conan (the Barbarian) Prince Kalidor.  Sorry, I missed that one.  With the success of Wonder Woman, it is time to resurrect out heroine.  There will be no Conan, no chain-mail bikini; she is now an amazon sword-maiden.  The writer says Sonja is an “icon.”  If she is an icon, why haven’t I heard of her?  I guess we all will soon.