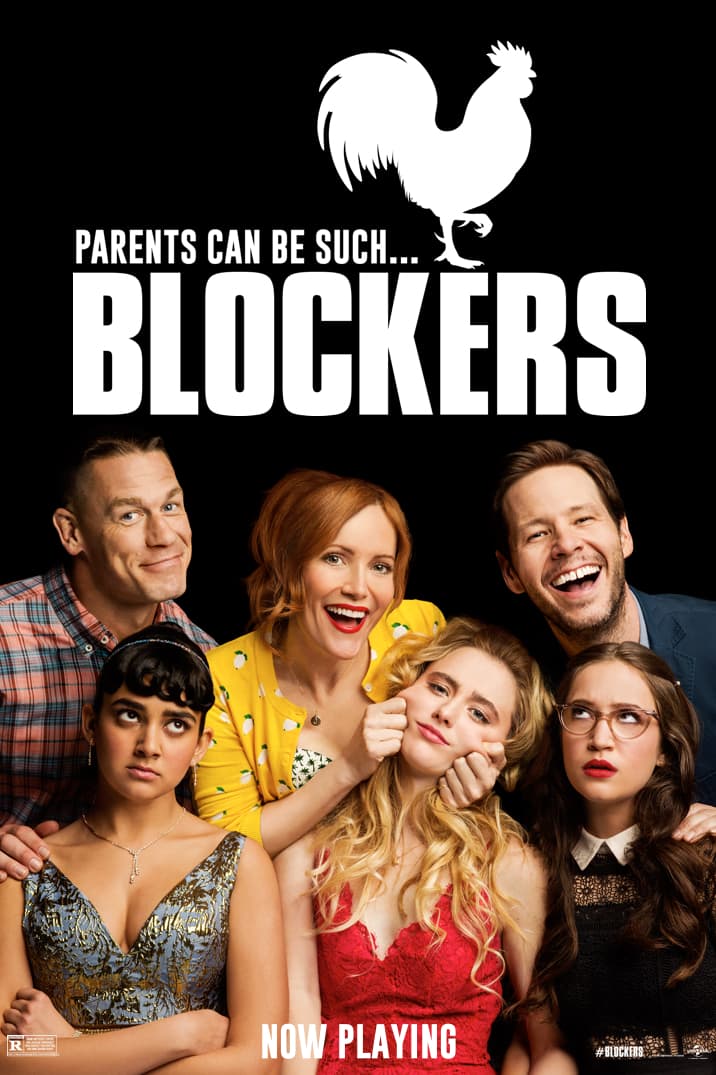 Audience 1 Critics 0.  The message in Blockers seems to be that girls should be treated no differently than boys when it comes to a loss of virginity.  While I am certain the fathers of daughters will ponder about that awhile, the movie got way off-message when it also seemed to suggest that parents should not intervene even when aware of risky behavior.  For example, Kayla decides she will sleep with Connor who is known as “The Chef” because he mixes drugs into his baked goods.  Forgive me, but if that was my daughter, I would get her away from him as fast as possible.  Calling the cops would be a good idea, prom or not.

Julie, Kayla and Sam have been best friends since first grade.  They make a sex pact to lose their virginity on prom night.  Only Julie has any sort of long term relationship with her partner.  Kayla’s intended is her chem lab partner, appropriate for his nickname.  Sam is pretty sure she is a lesbian, but thinks she should have sex with a boy just to make sure.  Lisa, Mitchell, and Hunter, depicted as crazed, over-protective parents, learn of the pact and decide to chase them down to talk some sense into them.  As in all “comedies,” they are always one step behind the kids, and engaged in various stalking activities.

Leslie Mann is Lisa, John Cena is Mitchell, and Ike Barinholtz is Hunter.  All were serviceable; it is not their fault that the dialogue goes beyond raunchy, into vulgar.   Kathryn Newton is Julie, Geraldine Viswanathan is Kayla, and Gideon Adlon is Sam.  I do not blame them for using terms more associated with locker rooms.  Gary Cole and Gina Gershon appeared as parents of Julie’s date, but mainly to engage in sexual hijinks while Lisa, Mitchell, and Hunter act as peeping toms.

Nothing here should suggest that there weren’t a few laughs and tender moments in the movie, just way too few of them.  When Seth Rogen and the Kehoe brothers are involved, the window is not going to be pushed, they are going to try to shatter it.  “Butt chugging,” constant references to genitalia, and close-up of same, along with vomiting, are more than enough reasons to avoid this lost cause.  Referred to as a refreshingly healthy, gender-swapped spin on the teen sex comedy, I would agree that a view from the female perspective was overdue.  I disagree that this was presented in a “healthy” manner.  Written by five men, a few women co-writers were much needed.