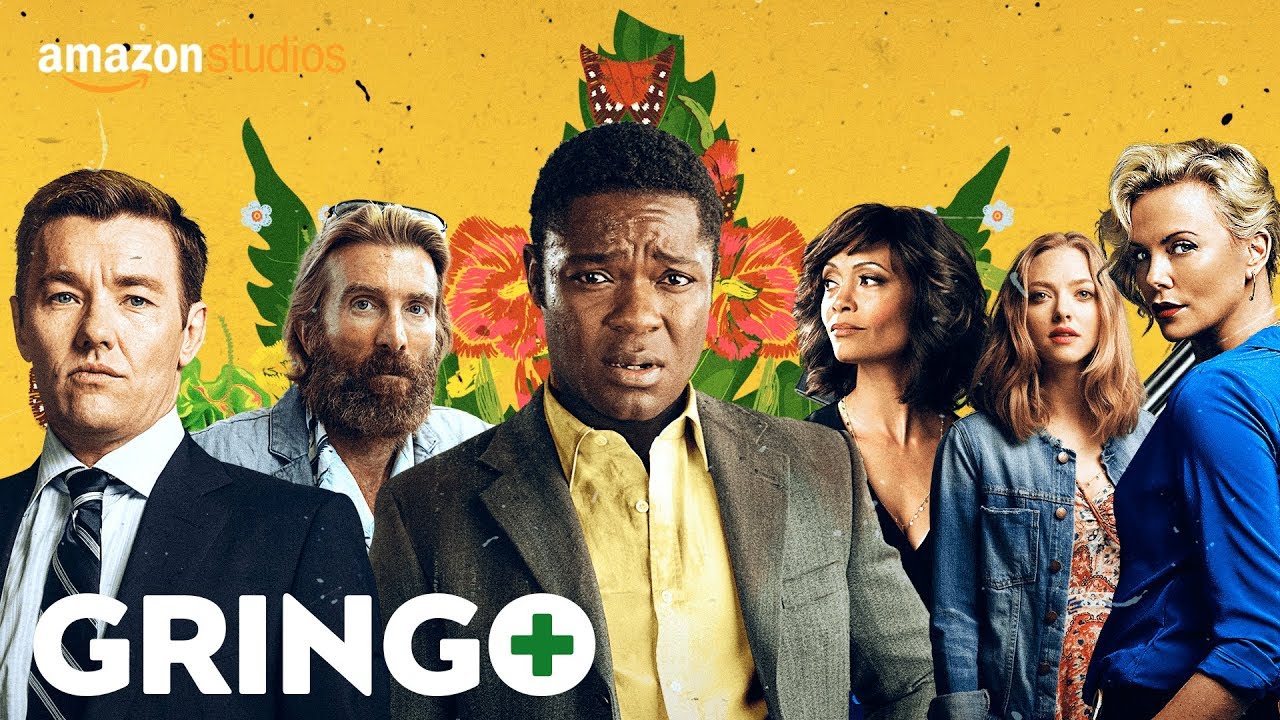 This is the absolute, perfect movie—for a Netflix night.  That is to say, good enough to be mildly entertaining, but certainly not good enough to pay full price.  This black comedy is one where everyone has their own agenda, out for themselves.  The problem is when all are “bad” guys, then you don’t get invested in anyone. And that, my friends, leads to a movie that drags. This is not to say it’s all bad; co-producer Charlize Theron has a grand time vamping around the screen.  Warning: her vamping is, at times, verbally very explicit.

Harold is a pharmaceutical manager of a Mexican plant.  His bosses, Richard and Elaine, have allowed the plant to deal with the cartel, unbeknownst to Harold.  As they try to go legitimate, i.e., stop providing drugs to the cartel, el Jefe is not happy.  He orders Harold kidnapped to get the formula for a secret pill.  The conniving, cheating, and double-crossing have just begun.

David Oyelowo is Harold, a believable, naive Nigerian who references his uncle making a fortune duping Americans into sending money over the internet.  Joel Edgerton and Theron are Harold’s superiors who are having an affair while trying to set up a merger with another company.  Thandie Newton is Harold’s wife with her own secrets.  Sharlto Copley is a brother to Edgerton’s character; he is a mercenary sent to rescue Harold.  Paris Jackson, Michael Jackson’s 19 year old daughter, has a small part, and as the directors says, “the camera does love her.”

Apparently, this movie has the notoriety of having the 27th worst wide opening ever.  The movie was directed by Nash Edgerton, brother to Joel.  It is hard to imagine that Ms. Theron would put much of her own money into this mess.  I was unable to determine the production cost of Gringo, but making less than $3 million on the first weekend is not good.  Except for these fine actors struggling to pull this movie out of a big hole, it seems like you’ve seen much of the plot before.  Bottom line–if you want to see this movie on the big screen, you better hurry.  It likely won’t be around long.