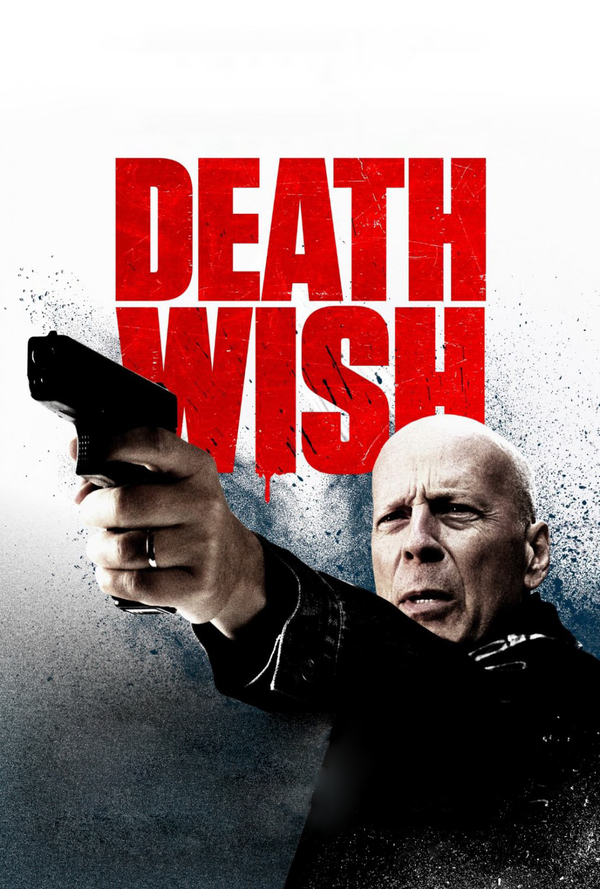 In March, a young man’s thoughts turn to . . . better movies than have been released thus far in 2018.  It’s Third Friday again and we look forward to the movies of the new month.  Really, it can’t be worse than February.

Death Wish  —  Charles Bronson or Bruce Willis?  Tough choice.  This time Willis, as Dr. Paul Kersey, uses his trauma surgeon skills to become a vigilante killer,  Why?  They killed his wife and put his daughter into a coma.  Remake, but Bruce is always entertaining.

Red Sparrow  —  Jennifer Lawrence as ballerina turned into deadly spy.  Can the CIA trust her?  Can the Russians trust her?  Remember the old days when the Russians were always the bad guys, then not so much.  Hollywood is telling us they are the bad guys again.  The cast includes Joel Edgerton, Matthias Schoenerts, Mary-Louise Parker, Jeremy Irons and Joely Richardson.

The Death of Stalin  —  His final days and the aftermath.  97% Rotten Tomatoes so far on 66 reviews.  Olga Kuryenko, Steve Buscemi, Rupert Friend, and Jeffrey Tambor co-star.  Reportedly a black comedy, it sounds like a critical success, not a historically accurate movie.  Be careful on this one.

A Wrinkle in Time  —  Meg Murry, her brother and a classmate travel to an evil planet in search of her scientist father (Chris Pine).  Oprah Winfrey, Reese Witherspoon and Mindy Kaling assist them as Mrs. Whatsit, Mrs. Which, and Mrs. Who.  Lots of stars and lots of Disney publicity for this children’s book.  It was a dark and stormy night . .

Gringo  —   David Oyelowo is a mild mannered businessman who becomes a wanted criminal in Mexico.  Do you think drugs might be involved?  The cast includes Charlize Theron, Joel Edgerton, Amanda Seyfried and Thandie Newton.

Tomb Raider  —  Angelina Jolie or Alicia Vikander?  Not much help here as I didn’t see the original.  Alicia put on 12 pounds of muscle to become Lara Croft and it shows.  Lara takes her video game skills to an island off Japan where her father was last seen.

7 days in Entebbe  —  Based on a true story, it is 1976, terrorists hijacked a plane and hold 240 hostages in Uganda.  They demand the release of prisoners held by Israel.  This is actually a fourth remake of the story.  This one stars Daniel Bruhl and Rosamund Pike.  The 1977 Raid on Entebbe starred Charles Bronson.

Dear Dictator  —  Micheal Caine is the deposed dictator hiding out in the suburbs.  He teaches a high school girl how to be subversive by taking down the cool kids.  A spoof of the highest order as Seth Green and Jason Biggs are included.

Pacific Rim Uprising  —  The Jaeger pilots must save the world from the Kaiju.  This is just the Transformers operated by pilots, but it will have some cool special effects even though not much plot.  John Boyega and Jing Tian star.

Isle of Dogs  —  This is voiced by every actor in America about dogs banished to a garbage dump island in Japan because of canine flu.  A boy goes there looking for his dog.  Heavily advertised, but the previews have left me frigid.

Sherlock Gnomes  —  Another spoof.  Any actors’ voices not used in The Isle of Dogs are used here.  Ditto the last sentence in Isle of Dogs.

Ready Player One  —  Steven Speilberg directs a virtual reality universe in 2045.  A fortune is promised to the winner of a treasure hunt.  Mystery and danger await.  Tye Sheridan, Olivia Cooke, Ben Mendelsohn, Simon Pegg and Mark Rylance are in this one.

OK.  OK.  No blockbusters this month, either.  Maybe April?

Check out the Black Panther review posted last night.  Don’t be left out of the conversation.