Is it true that The Rock has now bested James Bond?  Dwayne Johnson, Karen Gillan, Jack Black, and Kevin Hart, we salute you.  Passing Skyfall as Sony’s second biggest hit in the US, Jumanji 2 won the box office for the third straight week.  Globally this movie has made over $767 million.  Not bad for a $100 million cost with average reviews.  Get ready for Jumanji 3, 4, 5 . . . Not much new at the SAG awards.  Three Billboards, Frances McDormand, and Sam Rockwell keep their names up on the billboards.  They have to hope they haven’t peaked too soon and the Oscar voters check the box elsewhere.  Having said that, they look pretty solid along with Gary Oldman and Allison Janney.

In case you missed it, Hollywood is tittering over whether there is a Crocodile Dundee 4 in the works.  (I’m up for it.)  Has JJ Abrams pulled off an unexpected surprise?  Is this a Danny McBride hoax?  Is this a promotional stunt for the Super Bowl?  Looks suspiciously like a joke–google Crocodile Dundee 2018-The Son of a Legend Returns.  Can Danny find his father in the Outback?
The teaser looks like he could barely find the bathroom in his own house.

For those of us enjoying The Crown on Netflix,  we know the changing of the guard includes Olivia Colman as the Queen and Helena Bonham Carter as Princess Margaret.  Now comes word that Paul Bettany is considering playing the thankless role of Prince Philip.  Would this be a step up or a step down from The Avengers series and Solo, the Star Wars spinoff.  The ten episodes take six months to shoot and it is a two season commitment. 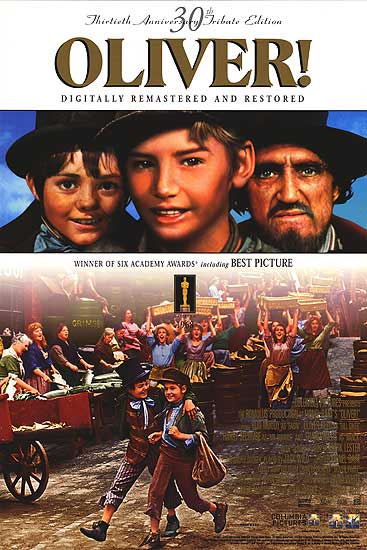 And how could anyone miss a remake of Oliver?  Disney is in the process of updating a script for this 1968 Best Picture.  Not a surprise; Disney seems in the business of remakes these days.  The surprise is that Ice Cube will produce and star as Fagin.  Danny Strong, who wrote The Butler and the finales for The Hunger Games, and Tommy Kail, who directed Hamilton, are on board.  Sounds like a great start.  “Please sir, I want some more.”  And my favorite quote from Oliver Twist is, when told that the law supposes that his wife acts under his direction, Mr. Bumble says, “if the law supposes that, then the law is an arse.”

All of the readers of this blog will, to some extent, follow the Oscars.  But don’t forget about the Razzies, given out the night before the Oscars.  And the nominees for the worst picture of the year are . . . The Mummy, 50 Shades Darker, and Tranformers: The Last Knight.  Don’t feel too sorry for these movies, The Mummy grossed $409 million, 50 Shades Darker came in at $381 million, and this Transformers movie made $605 million.  They can laugh all the way to the bank.  Mark Wahlberg gets a nomination for worst actor, not bad for a guy who can contract co-star approval and negotiate $1.5 million for a re-shoot.  Just spell his name right on the check!

No one likes to make fun of John Wick more than me.  This joke is on me.  Starz has signed up to move this franchise to TV.  More assassins, more dead bodies, more grunts and grimaces from Wick’s character.  And, they promise that Keanu Reeves will pop up from time to time.  Let the gunfights begin!

TMJ’s review for the movie Hostiles was posted last night.  Was it friendly, or hostile?  Don’t miss it!