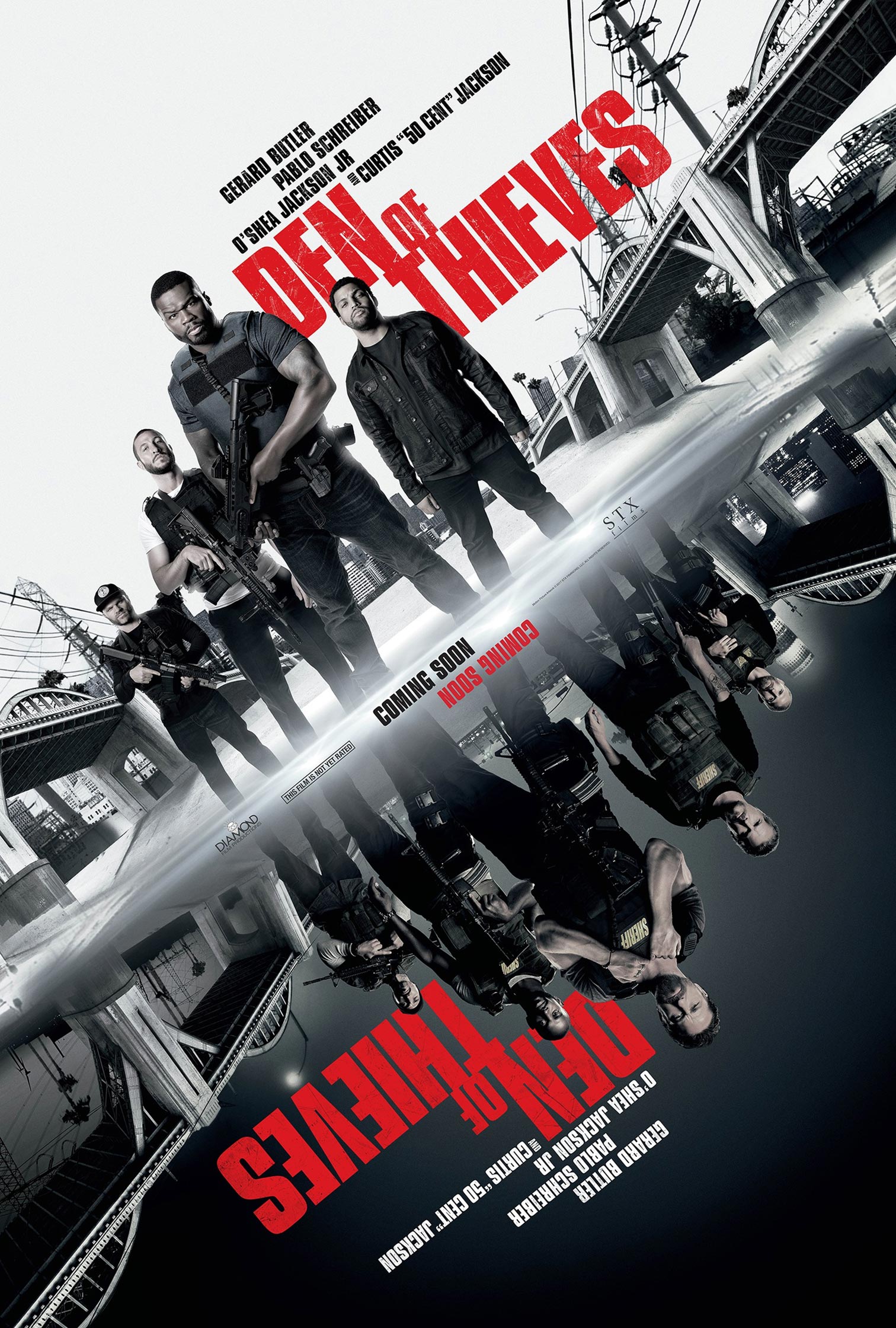 Alternately very good and very bewildering, it is easy to see why one critic called this “the most January of January movies.”   The stare-downs between Gerard Butler and Pablo Schreiber are excellent.  But, the movie does nothing to flesh out their complicated characters.  Some of the gun battles are quite good but the movie is at least 30 minutes too long.  As shown by the audience score above, Butler can still attract viewers, but the plot becomes convoluted at times.  This movie had potential, but its January opening date shows the producers, like me, do not believe it comes close to achieving it.

The movie opens telling us that America is the bank robbery capital of the world.  Ray Merriman and his crew of bank robbers decide to rob the Federal Reserve in Los Angeles.  Nick O’Brien and his Major Crime Unit from the Sheriff’s Office are aware of this gang.  They know Merriman and his crew stole an armored truck but they don’t know why.  O’Brien determines that Donnie is associated with the Merriman gang and roughs him up to get information.  Merriman finds out that Donnie is talking to O’Brien; each side feeds the other information in the cat-and-mouse caper.

Butler is O’Brien, a nasty, filthy-talking cop with dubious morals.  His marriage is also falling apart, but we never get any insight as to what makes this guy tick.  This is not Butler’s fault but maybe he should have used some of his machismo on the writers or editors.  Schreiber is Merriman and he can sneer with the best of them.  I loved watching him but, like O’Brien, his vicious nature needs some explanation.  O’Shea Jackson, Jr. is Donnie, a character caught between two alphas that has a surprise or two hidden under his milder-mannered facade.

Given the weak competition and Gerard Butler, this movie may stay out for a couple of weeks, but I will be surprised if it lasts much longer.  My guess is the producers will want to get that Netflix check into their hands quickly.  Since both lead characters have obvious virtue issues, it will be hard for audiences to get too invested in this flick.  For my money, the action was just not good enough to save it.  Speaking of a den of thieves, i.e., the theaters who want us to pay $7.00 for three cups of popcorn, Tuesday was half-off popcorn day.  I felt better knowing I was getting only half ripped off.  See, there is always a ray of sunshine!