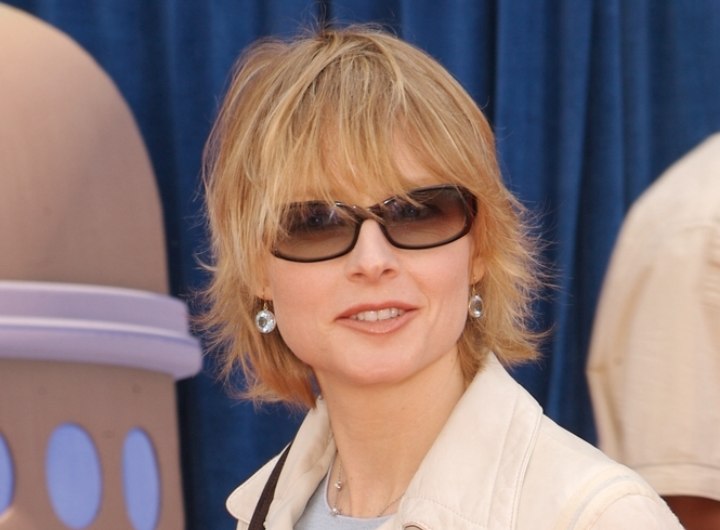 Complain, complain, complain.  Movie studios are complaining that the domestic box office dropped from $11.4 billion in 2016 to $11.1 billion in 2017.  So what does that have to do with Jodie Foster?  Ms. Foster says superhero blockbusters are ruining moviegoing.  She says “Going to the movies has become like going to a theme park.  Studios making bad content in order to appeal to the masses and shareholders is like fracking–you get the best return right now but you wreck the earth.”  Wow!  Superhero movies compared to fracking.  That’s just silly.  In response, it seems to me that Americans like theme parks.  And, shouldn’t you make movies the audiences like?  This is another way that Hollywood wants to tell us what we should watch and then moans when we don’t go see it.
We all knew that Star Wars: The Last Jedi was going to make over a billion dollars worldwide, but what about Jumanji?  The Rock has done it again.  The worldwide take is over $179 million and expects to make $300 million on a $90 million budget.  Nice return.  On the other hand, The Greatest Showman is at $84 million worldwide on an $84 million budget.  It’s got some work to do.
Did George Lucas sell too cheaply?  He sold Star Wars to Disney for $4 billion.  The last 3 Star Wars movies have grossed over $4 billion, and while that is not the net, it also doesn’t include toys and other tie-ins.  For me, it is not surprising that Disney makes money on this deal, but to likely get your money back in five years is crazy.  This CEO earned his bonus on this deal.
Those of you attending the theater lately have seen the trailer for Sicario 2: Soldado  (Soldado means soldier).   The original, very good but very violent, combined with the sequel, now constitutes a franchise and is being compared to the Godfather.  Benicio Del Toro and Josh Brolin star saying “I am going to have to get dirty” and “No rules this time.”  Blood will be shed!  Lots of it.
Say it isn’t so.  The Jungle Book without Disney?  Heresy!  Maybe not.  Warner Bros. is releasing its version of The Jungle Book, re-named The Jungle Book: Origins, now named Mowgli.  Why so soon after Disney’s 2016 version?  Andy Serkis (Baloo) says the delay helped the film with new technogical evolutions previously not available.  Christian Bale is the panther Bagheera, Benedict Cumberbatch is tiger Shere Khan, and Cate Blanchett is the snake Kaa.  This movie will release late this year, but will we want to see it again?  If Andy Serkis is as good as he was in Planet of the Apes, probably yes.
.

Say it isn’t so 2.  A Transformers movie without Micheal Bay?  However will it make $300 million?  You start with a spin-off called Bumblebee who is a cute VW Beetle, add a cute owner Hailee Steinfeld, and add “heart and warmth and humor,” so says the new director Travis Knight.  I wish him well as the critics nearly unanimously hate these movies.
Forbes magazine says the best actor for the buck for 2017 is. . .  Jeremy Renner.  The three films used made over $2 billion–Mission Impossible-Rogue Nation, Captain America: Civil War, and Arrival.  Those made $93.80 for every dollar he was paid.  Sounds great until you compare the best actor for the buck for 2016 . . .  Chris Evans who returned $135.80 on the dollar he was paid.  Sounds like two guys who are up for a big raise.
BTW, the highest grossing actors for 2017:  1. Vin Diesel  2. The Rock  3. Gal Gadot

Jurassic World (2015) grossed $1.67 billion worldwide thus setting up its trilogy.  Jurassic World: Fallen Kingdom opens on June 22 and a volcano is about to explode.  Do we allow these creatures to become extinct again or do we send Chris Pratt to the rescue?  I pick Chris Pratt because we already know that Jurassic World 3 is coming so we may as well save as many of the raptors who will cooperate and not eat us.  They all seem to grow and get hungry, don’t they?
Finally, the most anticipated movies of 2018 are:
1. Avengers: Infinity War-May 4
2. Black Panther-Feb 16
3. Jurassic World: Fallen Kingdom-June 22
4. Deadpool sequel-June 1
5. Solo: A Star Wars Story-May 25
In case you missed it, the review for Molly’s Game was posted late last night.  Don’t gamble with your movie dollars.  Check it out.