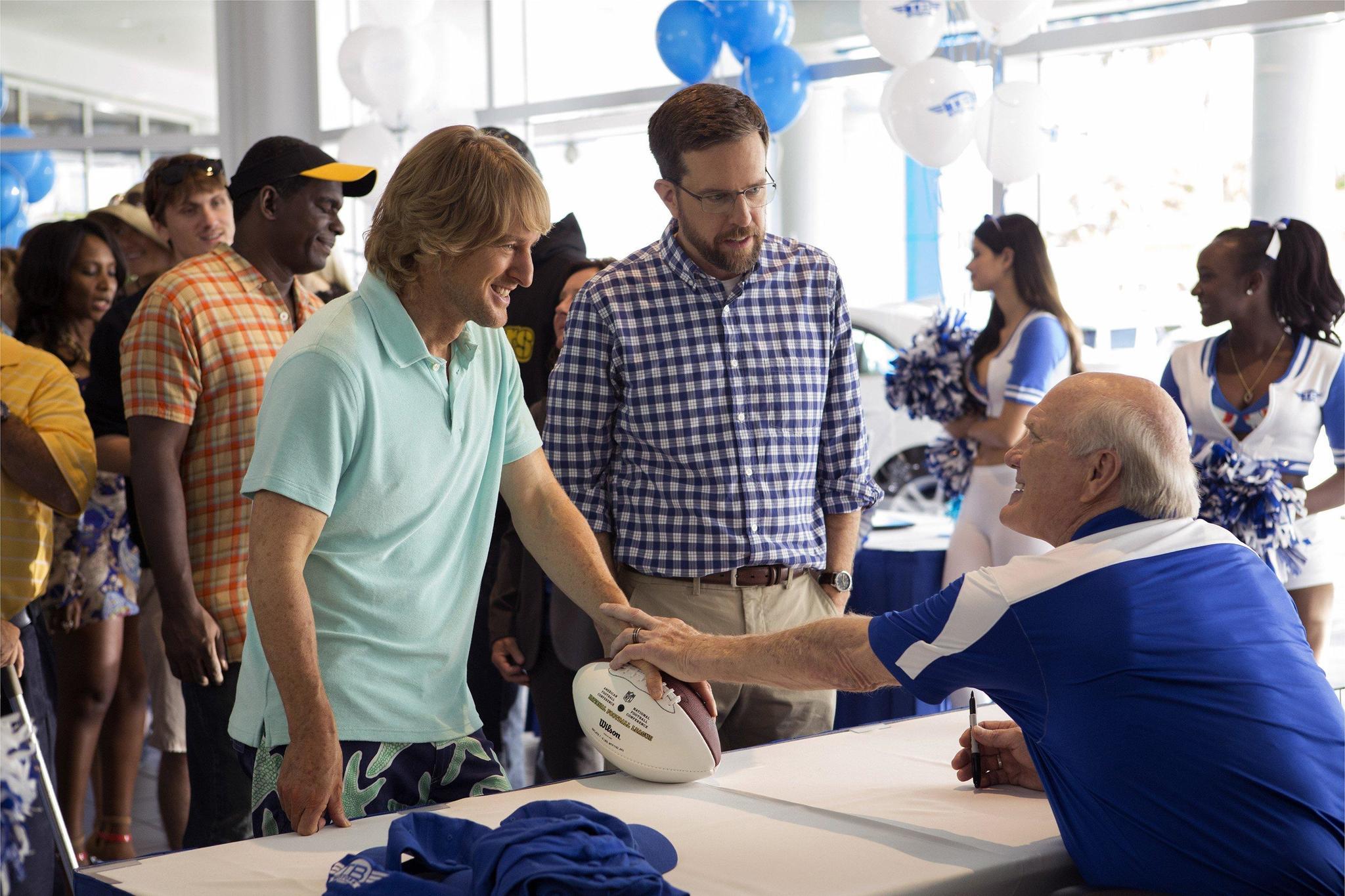 One of the first movies I reviewed was Hidden Figures; I finish the year with Father Figures.  From the sublime to the ridiculous.  If Owen Wilson is an acquired taste, it is a taste I have never acquired.  The surfer dude is a cliche and he needs to go in a different direction.  Wonder was a start for him and he needs to explore that avenue.  Every time I think these raunchy movies have hit a new low, they lower the bar even more.  This time we are subjected to a urine fight between a child and Owen Wilson with Wilson saying “He started it!”  Finding your father is laudable, graphically exploring your mother’s sexual history, not so much.

Kyle and Peter are fraternal twins with very different personalities and lifestyles.  Their mother is getting married and, under some duress, their mother tells them their real father is Terry Bradshaw.  This news sends the two, who do not get along very well, on a road trip to meet their dad.  It turns out that several more “gentlemen” might own the title of father as they uncover more and more of their mother’s past.

Owen Wilson is Kyle, enough said about him.  Ed Helms is Peter, a proctologist, so you can imagine, and wince, at he number of poor jokes about his profession.  Glenn Close plays their mother, a part I am sure she regrets.  While one might understand Terry Bradshaw, Vingh Rhames, and Katt Williams in a movie of this ilk, what in the world possessed J. K. Simmons, June Squibb, and Christopher Walken to get involved?  These are serious actors.  Are there so few good parts out there that they must stoop to this?  Is the money that good?

The original name of this movie was Bastards but had to be changed because advertisers would not use that word and theaters would not display their posters.  Good decision.  On the other hand, that name was appropriate for this illegitimate, rascally, good-for-nothing sort of movie.  Even on Netflix, you will have to be really desperate to waste two hours on this flick.  I suggest a root canal instead.  At least the dentist will give you some pain-killers.  And dental jokes are funnier than proctology jokes.