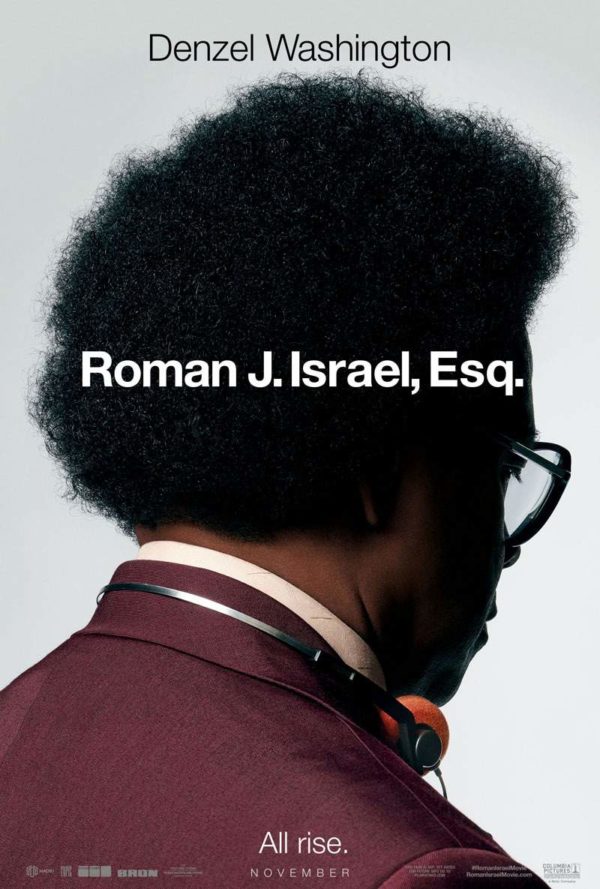 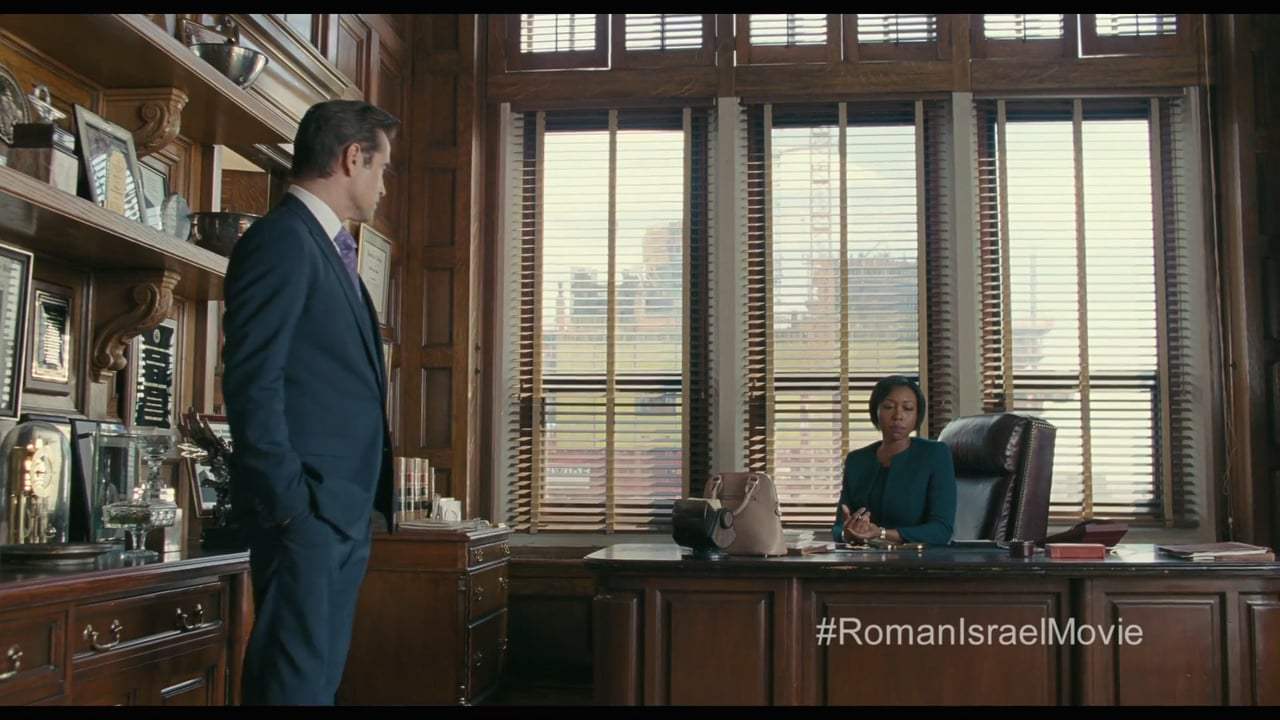 I was warned.  At lunch today, fellow attorney Harold Jarnicki stopped by to tell me he had seen a terrible movie over the weekend.  When he said it was Roman J. Israel, Esq., I noted the coincidence that I had tickets for the very same movie that afternoon.  And now you have been warned.  It will be hard to find a target audience for this movie.  Apparently, the complaint is about plea bargaining in the criminal justice system, but no solutions are offered.  Lawyers start out trying to save the world from all manner of sins but are corrupted by the system.  It’s just not a very coherent story, even if you dislike attorneys and the legal system.

Roman is described as a legal savant, brilliant but disheveled with little social skills.  After his partner dies, Roman is forced out of his “legal research shell” and reluctantly takes a job with a big law firm.  He is assigned a client who assisted in an armed robbery in which the clerk got killed.  Roman turns down a plea bargain without advising his client.  He uses confidential information from his client to collect a reward for the capture of the primary defendant.  While portraying himself to others as the only man who can save the downtrodden from the evil system, Roman enjoys the attention the money brings him.  As you might expect, consequences await.

Denzel Washington is a great actor and brings this sad character to life.  The added weight and bulky clothing give him an unsettling appearance, but appropriate for the character.  Colin Farrell is Roman’s new boss, given a complicated role as slick but concerned.  Carmen Ejogo is a legal aid type attorney who befriends Roman and admires his idealism.

Great acting can’t save a meandering, hard-to-follow script.  After lackluster reviews from the Toronto Film Festival, the director made changes, but not enough.  If anything, this idealistic character would have fallen on his sword, rather than commit these unethical acts.  If the director wanted to indict the justice system, Roman’s downfall was a poor vehicle to use, the methodology too cryptic.  Denzel will attract an audience but I’m afraid they will be grossly disappointed.  Many of you liked Fences; I was not one of them.  This movie is not nearly the quality of Fences.  I suggest you save your money.