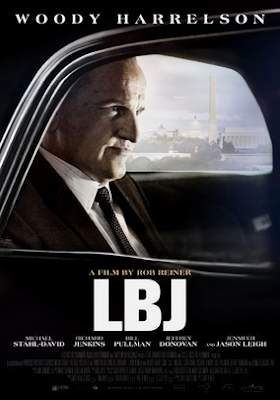 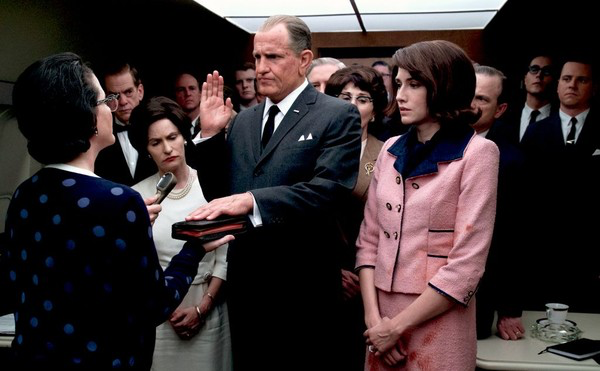 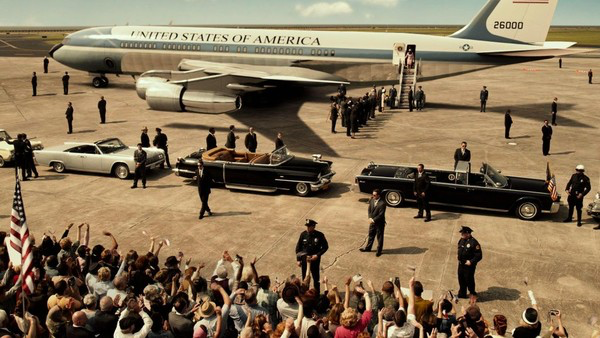 On November 22, 1963, I was sitting in a seventh grade classroom when the notice came over the loudspeaker that the President had been shot.  Bus drivers were called and we sat around stunned waiting for the buses to arrive.  In our post-WWII prosperity, it was unfathomable that a President could be assassinated.  Through that perspective, LBJ became our President; through that lens, I review this movie.

It was common knowledge that LBJ was earthy and profane, but also that he knew Congress and knew how to get things done.  This movie portrays that side of LBJ well.  But this movie also gives us a history lesson of the power that LBJ had as Majority Leader, his ambition to become President, loss of of power as he accepts the Vice-Presidency, his feud with Bobby Kennedy, and his ultimate triumphs on civil rights over the objections of his Southern “friends.”   Well known was LBJ’s use of power to get his way; less well known was his willingness to humble himself to obtain desired results.  There is no question that Bobby wanted to humiliate LBJ, and his character comes off unfavorably here.  The question that will never be answered is whether civil rights legislation could ever have been passed by a Kennedy administration.  The one major flaw in the movie shows LBJ urging JFK to delay to introduction of the legislation.  History shows that two weeks prior to the introduction of the legislation, LBJ gave a speech wherein he deplored the action of his Senate buddies in stalling action on previous bills.

Woody Harrelson gives a very good performance of LBJ, although his makeup artist will not be winning any awards.  Jeffrey Donovan (Burn Notice) makes a fine JFK but doesn’t get much screen time.  It is Michael Stahl-David as Bobby Kennedy that really catches your eye.  I am sure the Kennedy family will not be happy with how Bobby is portrayed.  You will also see other names you will recognize such as Bill Moyers, Ted Sorensen, Robert McNamara, Pierre Salinger, and Jack Valenti.

If you enjoy history, you will really like this movie.  It is jarring to watch as various characters talk about blacks as inferior, sometimes even in their presence.  Otto von Bismarck said “Laws are like sausages, it is better not seeing them being made.”  Seeing LBJ threaten, cajole, bribe, and throw tantrums to obtain his agenda is fascinating and realistic.  As his advisors tell him not to take a diminished role of Vice President, LBJ responds by saying “when did I ever take a position which I did not make 100 times more powerful.  Power comes to the man.”  This movie was directed Rob Reiner (All in the Family ) and he does LBJ justice.  At a short 97 minutes, I left wanting more.