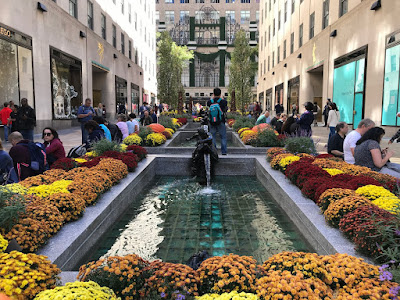 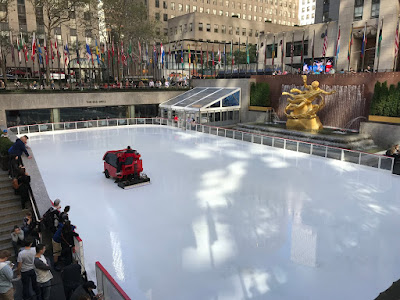 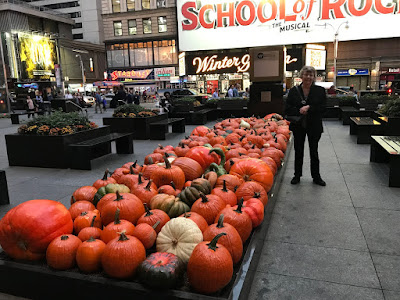 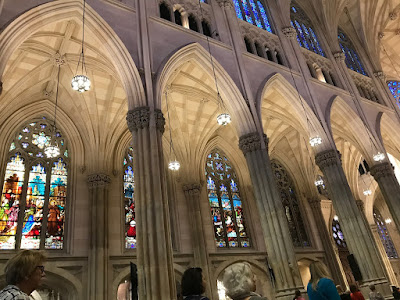 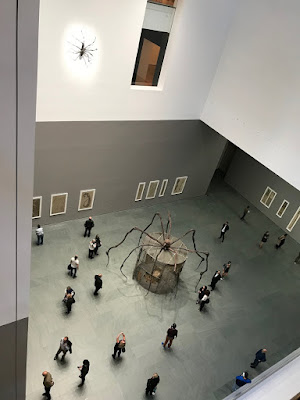 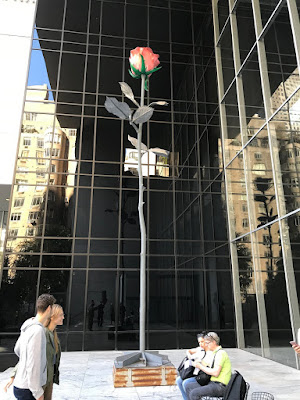 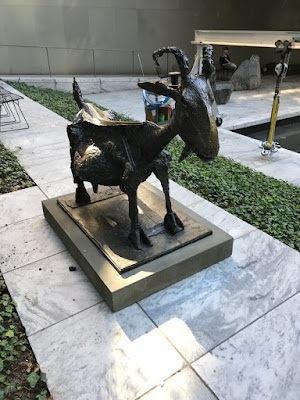 Scenes from Museum of Modern Art
Tomorrow is our 45th Wedding Anniversary.  To celebrate, last week Mrs. TMJ and I took a quick trip to the Big Apple to see a couple of shows.  First, we saw School of Rock; I highly recommend it!  In 2002, the movie was a hit with a 92% Rotten Tomatoes rating.  Of course, no one can replace Jack Black in the title role.  Could you replace Robin Williams in Good Morning, Vietnam?  The adult cast and the production was solid but the kids were awesome.  The sang, they danced, they played their own instruments, their energy was amazing.  Andrew Lloyd Webber’s wife chased the stage rights to this story from 2006 to 2012.  This production gives Webber four shows on Broadway at the same time which ties the record.  I give it an A-.

Next, we saw Prince of Broadway.  No, not the recently deceased Prince of Minneapolis, Minnesota; rather, Hal Prince who has produced and directed shows on Broadway for 60 years.  These include West Side Story, Fiddler on the Roof, Cabaret, Evita, Sweeney Todd, and the Phantom of the Opera.  He has received 21 Tony Awards.  It took five years to get this show to Broadway, and that is understandable.  The show features eight singers who are fantastic singing songs written by someone other than Hal Prince.  Unlike Jersey Boys and Beautiful: The Carole King Musical, the songs do not really tie in a story.  Hal Prince calls himself “lucky.”  I doubt it.  Luck is a dividend of sweat; the more you sweat the luckier you get.  But I do think Hal will be lucky if this show stays on Broadway very long.  I give it a B.

Finally, we saw our first off-Broadway production This One’s For The Girls.  While the four singers were, once again, top-notch, the production was not.  The theater was down in a basement reminiscent of a dark comedy club, and the stage was about the same size.  Scenery?  Some slides reminiscent of a high school classroom. Costumes?  Forget about it.  On the other hand, the story has some possibilities as it follows songs about women over the years since the turn of the century.  Interestingly, it advertises as the show is also for men, but most of the songs are about the problems women have with men.  The title of the musical would appear to copy the wonderful Martina McBride song released in 2003, but if it was in the show’s myriad of songs, I missed it.  I don’t think this one’s moving to Broadway anytime soon.  I give it a B-.

And now, back to Hollywood.  Do you want to be an actor?  Learn from the best.  Samuel L. Jackson will be your instructor.  Sign up online with MasterClass this winter for $90, get 20 lessons and a workbook.  It should be entertaining, if nothing else.  Besides, what else do you have to do in these dreary winter months?  Let me know how it goes.

Is it the end of the world that Michael Bay is going to produce and direct a Dora the Explorer movie?  After all, he has done Transformers and Teenage Mutant Ninja Turtles.  But Dora is now to be a teenager?  And, if Bay is involved, Dora will likely be an explosive expert.  Hard to believe that merchandising will range from 3 year olds to 15 year olds.  Will any cool teen buy stuff that he had as a toddler?

Triplets is the new Twins.  Arnold and DeVito will be back.  And the third brother is Eddie Murphy?  The script is being written by Josh Gad.  This is a movie from the eighties and these guys are getting some age on them.  Hopefully it’s not a remake of Going In Style but nursing homes come to mind.  The plan is to start filming next year.

Finally, just in time for Halloween–the most Googled costume is Wonder Woman.  Be prepared for lassos and swords and shields at your front door.  Did you know that Wonder Woman’s best friend was Etta Candy?  (Note: She will be in the next Wonder Woman movie.)  We know Wonder Woman likes ice cream, but what will be her candy of choice?