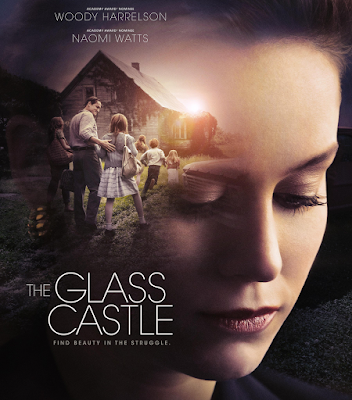 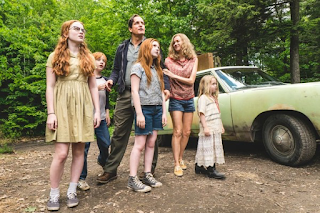 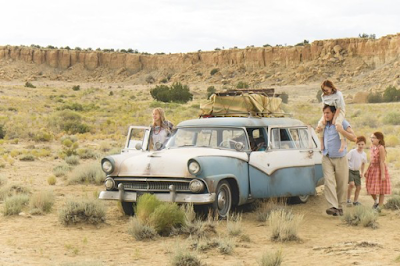 For those of us with alcoholic fathers, they may as well rename this movie “Raw Nerves.”  While alcoholics can be warm and wonderful and generous, we also know they can be mean and manipulative and mercurial.  This is a powerful movie that tears at your emotions.  At times, you will want to strangle, or worse, the parents of Jeannette Walls and her siblings.  There is a scene.  I will call it the “Are you ashamed of me(?)”scene.  I had the exact same conversation with my father.  And, yes, at times, I was ashamed of him; although at times, I could not be more proud of him.  Against that backdrop, you can understand the confusing nature of the various reviews.  Most of the negative reviews can’t understand how Jeannette could ever forgive her father.  I think they have a short memory of how growing up, most of us will say that we are going to be different than our parents. Then, not so many years later, we sound just like our parents.  No matter how we fight it, we are always a part of how we were raised.

Rex Walls and Rose Mary Walls alternate between being carefree, hippie parents and neglectful, abusive parents.  While Rex has alcohol and mommy issues to share some of the blame, Rose Mary, an artist, has no such crutch.  When 11 year old Jeannette begs her to leave him, she can’t.  The number of time these kids are mistreated is too numerous to account here, but days without food, no electricity, no running water, garbage in the front yard, sink or swim lessons, and you get the picture. If anything, my guess is that the movie is sanitized from real life because we don’t experience the cold and the smell.  Eventually, the four kids realize they must take care of themselves and all end of in New York City.  As they prosper, the parents squat in a tenement in NYC and continue to be an embarrassment while Jeannette teeters between removing them from her life but still yearning for father’s approval.

Brie Larson is fantastic as Jeannette and Woody Harrelson is her equal as Rex.  Naomi Watts is fine as Rose Mary, but the plot does not give a good explanation as to how she could allow her kids to go hungry, especially given the twist that occurs near the end.  Much of the movie focuses on 11 year old Jeannette played by Ella Anderson who has been acting since she was five years old; her experience serves her very well.

Many of the critics complain that this movie is not as good as the book.  If the book is anything like the movie, I’m glad I didn’t read it.  Too many raw nerves.  Movies are never as good as the book. Will you enjoy this movie?  If you like a true story and good acting, then you will find it an unusual story.  If you want a happy-go-lucky movie, find a different flick.  If you want to take your emotions on a roller coaster ride, get yourself a ticket.