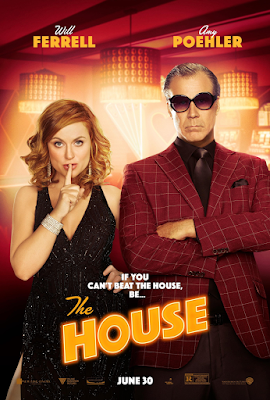 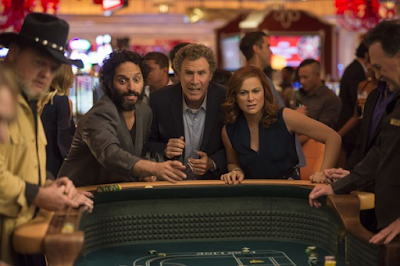 Does this movie really deserve a 15% Rotten Tomatoes score?  Let me quote a couple of critics.  The Hollywood Critic says “the film arguably gets to its midpoint before eliciting a single laugh.”  The Times (UK) says “an outstanding candidate for the worst film of the year.”  JoBlo’s Movie Emporium says “a career-worst for all involved.”  One Guy’s Opinion says “a complete loser, so excruciatingly bad that it makes you cringe while watching.”  And those were some of the nicer comments.  Yes, it is that bad!

Scott and Kate want their daughter, Alex to attend the college of her choice, to wit: Bucknell.  Of course, they haven’t saved up any money to pay the $50,000/year tuition.  They hoped that she would win a scholarship from their hometown but the town is facing a money shortage of its own.  Their best friend, Frank, convinces them to start an illegal casino and they can make enough money in one month to pay for the college expenses.  What could go wrong?

The SNL crew of Will Ferrell as Frank and Amy Poehler as Kate try to bring home this gamble. They lose their shirts, not to mention any dignity they might have remaining.  The only halfway interesting character was Jeremy Renner as a gangster, but only because he was in the movie for about three minutes.  Any longer and I am sure he would also have been sullied.

This movie is a mess.  For example, early on, we find out that Kate liked to urinate outdoors when she was in college and such information was shared with Alex.  Later, under the influence, we see Kate repeat the feat.  It was not funny, merely gross.  Once again, the writers try to amuse us with drug usage, coke and marijuana.  If they think this script is funny, then perhaps they were smoking the wacky weed.

This movie cost $40 million to make.  Please, please, stay home so they go bankrupt.  Heaven help us if there is The House 2.