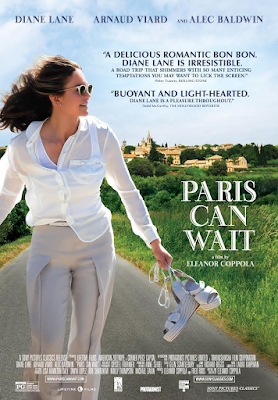 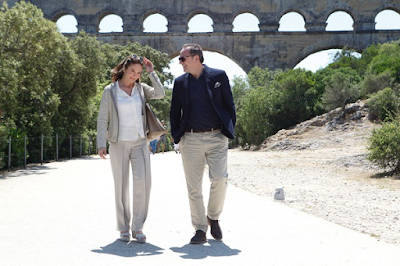 Some years ago, my family took a three week tour around France.  This 92 minute movie felt like it took three weeks to end.  Filmed beautifully, it is more of a travelogue than a love story.  I think Rick Steves (Travels in Europe with Rick Steves) must have written the script.  It is like looking at neverending travel pictures; the first half hour is fine, but enough is enough.

If you were expecting Under The Tuscan Sun with Diane Lane, forget it.  Anne (Diane Lane) is traveling with her husband, Michael (Alec Baldwin), who is more interested in business than paying any attention to her.  Scheduled to go to Budapest, Anne is reluctant to fly due to an earache. Michael’s business partner, Jacques (Arnaud Viard), offers to drive her to Paris where she will meet up with her husband in a few days.  Jacques finds every reason to dawdle in order to try to spend more time with Anne.  At one point Anne is talking to her daughter on the phone indicating they are driving through the countryside to Paris and the daughter says, “How boring!”  She was right!

As indicated, some of the scenery is gorgeous.  Pictures of the French food are wonderful.  Granted, the director is deliberately showing Anne that she needs to slow down and smell the roses, but this (lack of a) story moves at a glacial pace.

Diane Lane is one of my favorite actresses but can’t save this slow boat to Paris.  Alec Baldwin has a very limited part.  Arnaud Viard is supposed to be a French Lothario, but comes off as annoying. Since much of the film takes place in his car, I was screaming, “Are we there yet?”

If you have never been to France, perhaps you will take a chance on this flick.  Better yet, go to the Travel Channel and you will see more in less time.  If you like French food, better to go to the Food Channel.  Wait for this one until it’s free.  And have some caffeine before you watch it.  You will need it!