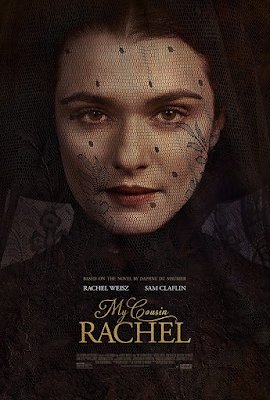 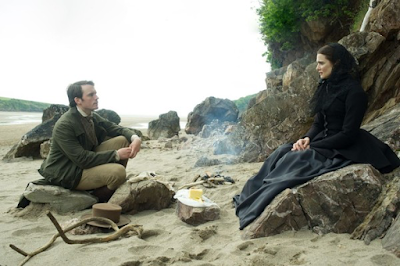 “Just because you’re paranoid doesn’t mean they aren’t after you” wrote Joseph Heller in Catch-22.
That quote pretty much describes My Cousin Rachel.  Based on the book by the same name and previously filmed in 1952 with Olivia de Havilland and Richard Burton, this was not my cup of tea.
I like answers and this film has too much ambiguity.  If you like to argue about who intended what, then this is the film for you.

Philip adores his older cousin who has been his guardian from childhood.  Said older cousin falls ill and travels to Italy for health reasons.  There, he meets cousin Rachel, marries her, finally sending letters to indicate foul play by Rachel.  By the time Philip is able to get to Italy, his guardian has died. Philip vows revenge, but Rachel is gone.

Rachel is played by the aptly named Rachel Weisz (The Constant Gardener) and, like the film, is sufficiently ambiguous.  Philip is portrayed by Sam Claflin (Me Before You) and has the terrible responsibility of being a lovesick boy (he is referred to as a boy even though 25 years old), so naive to allow this “witch” (their word, not mine) to control him.  Holliday Grainger, as Philip’s childhood friend, was one of the few characters who seemed to be hiding nothing, including her fondness for Philip.

Perhaps the book was better, as I have said over and over.  Or, perhaps the author wanted us to put our own perceptions into his characters.  In any case, that’s too much work for me.  I want to be entertained, not tortured in my own thoughts.  Overall, I was disappointed.