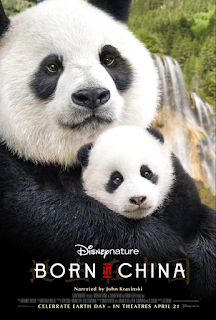 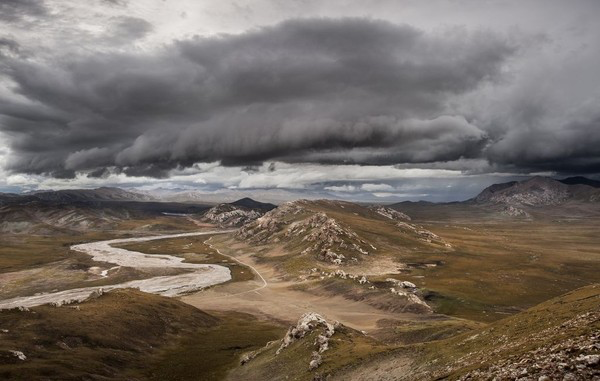 Disney is a master of anthropomorphism–attributing human characteristics to animals. It seems it’s their raison d’etre.  And, with pandas, snow leopards, and golden monkeys, who could resist?  I might argue the chiru were even cuter, but it is hard to differentiate degrees of cuteness.

Like all Disneynature films, this follows the four seasons of life and struggles for these animals in the wilds of China.  As expected, the scenery in the highlands surpasses amazing as it approaches the spectacular.  It is cool to see a panda; it is way cooler to see a panda climb a tree. Watching the monkeys playing at breaking tree limbs was unique.  Snow leopards thriving on cliffs are a marvel.

But, like all Disneynature films, it is wholly predictable.  John Krasinski is a nice narrator, but not the voice of a James Earl Jones or a Samuel L. Jackson, or even a Tim Allen for that matter.  I understand it took them 3 years to film, so it seems the movie should last longer than 1 hour 15 minutes.  It is also somewhat problematic when the scenes shown during the credits are as good as the film itself.

All in all, if you like animals, nature, or are just fascinated by China, this is a movie for you.  I’ve already indicated my bucket list includes China (see The Great Wall review), so I got my money’s worth.  Although these are all put out around Earth Day, you will hear more references to the Circle of Life than global warming.  Since China cooperated in the making of this film, it is likely that Disney needed to be “sensitive” to the concerns of their hosts.