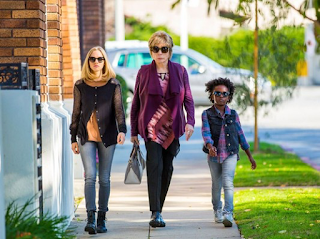 In a time where movies seem to consist of remakes and sequels, it is refreshing to find something different. How do you want to be remembered?  Although lots of people say they don’t care what others think, I believe that nearly all of us would like to be remembered fondly.  But would you control your own obituary?
Such is the premise of The Last Word.  When Shirley MacLaine realizes she is dying, she coerces the young obituary writer (Amanda Seyfried) to prepare her obit in advance, even giving her a list of folks to interview.  You understand it will not go well when a man describes Shirley’s character as a “hateful person,” then the camera pans down to reveal that the individual is a man of the the cloth. The preview gives away one of the better lines in the movie as Amanda tell her boss that Shirley “puts the word bitch in obituary.” When Amanda advises Shirley that she is unable to find anyone who has anything good to say about her, Shirley seeks to become “respected.”
It is fair to say there are contrivances but there are contrivances in most movies.  Here, MacLaine decides to mentor an at-risk child played wonderfully by AnnJewel Lee Dixon.  MacLaine also becomes a disc jockey at age 81.  (By the way, the music is eclectic and terrific.)  MacLaine introduces Seyfried to her love-at-first-sight.  Not bad in a 1.5 hour movie.
MacLaine has the right amount of sassiness for her character.  Seyfried has those large, expressive eyes.  Although they don’t get much screen time, it was nice to see Tom Everett Scott, Anne Heche and Phillip Baker Hall.
I enjoyed this movie.  A comedy about end-of-life is not new, but neither is it common.  I suspect most older folks will enjoy it as most younger folks will avoid it.  It’s worth a peek!